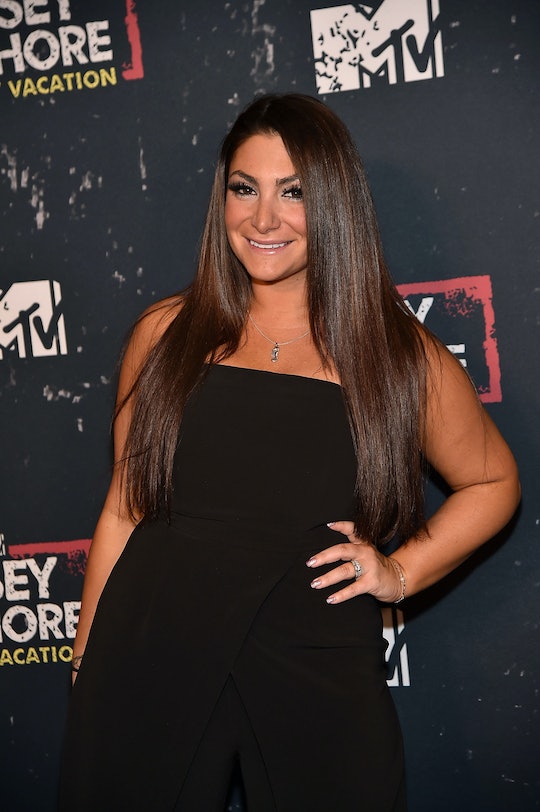 Because Jersey Shore is actually coming back for a reboot, I've been checking up on all my favorite guidos and guidettes to find out exactly what they've been up to. One meatball who's always held a special place in my heart is Deena. So perhaps you, like me, have been wondering what Deena Cortese has been doing since Jersey Shore last aired. She hasn't been in the spotlight as much as her former roommates and costars since the show stopped airing, but you better believe she is loving her life right now.

Deena joined the cast of Jersey Shore in Season 3, after the departure of Angelina Pivarnick, who was evicted basically because nobody (neither the cast nor the viewers) liked her very much. Deena had actually auditioned to be a part of the show in the first season but wasn't cast. However, that all changed in the third season when Snooki (the clear star of the show) recommended her for it. Latecomer though she was, Deena quickly grew to become a beloved member of the group, with her fun-loving personality, drunken antics to rival any of her cast-mates', and a series of her very own catch-phrases, including referring to herself as a "blast in a glass," which was, well, accurate.

Since the show's official end with Season 6 back in 2012, Deena has been moving on with her life. As far as what she's been doing professionally, that is less clear than some of her former cast-mates. Unlike some of the others, she doesn't appear to have pursued a career in entertainment, acting or music. According to Digital Spy, she works at a doggy daycare center in New Jersey, but I haven't been able to find any evidence on social media or LinkedIn to support this claim. I mean, she does call herself an animal lover, but that's not exactly proof of anything. (Aren't we all?)

One update on Deena's life that I can absolutely assure you is true is that she was recently married to her longtime boyfriend, Chris Buckner. The beautiful ceremony was well-documented on Instagram, proving that Deena is still close with her Jersey Shore cast-mates. Nicole "Snooki" Polizzi and Jenny "JWoww" Farley, Sammi "Sweetheart" Giancola, DJ Pauly D and Mike "The Situation" Sorrentino were all present at her wedding, and captured the day with tons of group photos showing that many years may have past but they still love hanging out together.

Snooki posted a photo with the caption, "Crew back together for Deena’s Wedding! I LOVE YOU MAMA MEATBALL!!!" Excuse me while I wipe away a tear. It's just like old times! Except slightly more grown up since many of the cast members are now married and have children — and hopefully don't spend all of their waking hours sleeping off the hangover from the night before. I'd be willing to bet that Deena is still a "blast in a glass," however. People don't change that much, you know.

Luckily, everyone will get to see exactly how much the cast has changed when MTV airs its reboot of the show, Jersey Shore Family Vacation. The rebooted show will bring back everyone (even Angelina) except Sammi, for a summer of fun and shenanigans in a swanky mansion in Miami Beach (does this mean no more duck phone?). Because the cast appears to have largely moved away from their promiscuous party ways, I wonder what drama this season will bring. Hopefully nobody has grown up too much, because that just wouldn't be Jersey Shore.