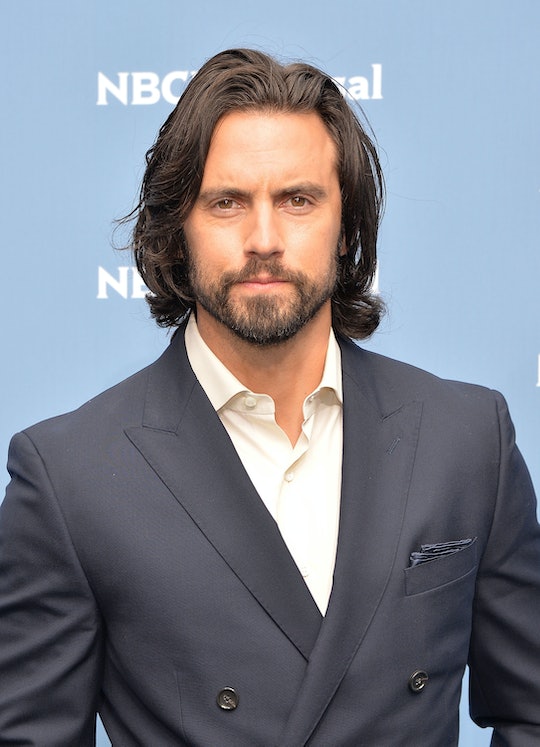 What Has Milo Ventimiglia Been Up To? The 'This Is Us' Star Is Back On Television

Milo Ventimiglia has shown up on television steadily since he first stole the hearts of fans as the surly but well-read Jess Mariano on Gilmore Girls. It was one of his earliest and most iconic roles, but he managed to show his range when he snagged the role of another much-loved character, Heroes' Peter Petrelli, who had a good heart and the swoopiest of hair. Though he regularly finds himself in front of the camera, you might be surprised how much Ventimiglia gets up to behind the scenes, too. So what has Milo Ventimiglia been up to lately?

Ventimiglia will be back on the small screen soon playing two very different characters on two different shows. Though perhaps his return to playing Jess for Netflix's upcoming Gilmore Girls: A Year In The Life is the most hyped, he also has a brand new show set to premiere on NBC. This Is Us doesn't have the scifi vibe of Heroes or the fast-talking heightened reality of Gilmore Girls; instead it seems to be a quiet dramedy about the everyday lives of a handful of characters connected only by the fact that they share a birthday. In Ventimiglia's storyline, he and TV wife Mandy Moore navigate a high-risk pregnancy as she prepares to give birth to triplets.

Those aren't the only upcoming projects for Milo Ventimiglia. In addition to his two other shows, Ventimiglia has appeared in a few episodes of the go90 original show Relationship Status, for which he was also the executive producer. He also has starring roles in two dramatic thrillers this year: Devil's Gate, where he plays the husband of a missing woman, and Madtown, which explores the complicated relationship between siblings when one is released from prison. When he isn't acting, Ventimiglia runs a production company with friend Russ Cundiff called Divide Pictures. They have a hand in some of his projects, like Relationship Status, but also develop shows for various networks and even produce some comics.

The soonest way to catch Ventimiglia onscreen is in This Is Us, which premieres on September 20, with Gilmore Girls making its return sometime in November. Ventimiglia told The Hollywood Reporter that he was blown away by the script for pilot episode, though most of the internet appears to be more fascinated by his nudity in the first trailer than any plot twists in the family-centric drama.

He also told THR that he's still looking forward to things to come; even though his career has spanned twenty-one years (how??), he still feels like it's just starting. "Somebody said it takes a lifetime to become a master; up until that point, you're only a student," Ventimiglia said. "I hope to always be a student – open to looking at life and taking it in whole-heartedly and just entertain and be kind, decent, and cool."

Be more charming, Milo. I dare you.