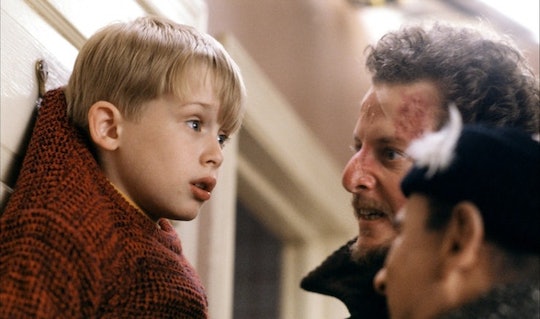 Everyone loves the movie Home Alone, which has become a Christmas-season classic and for good reason. Macaulay Culkin was possibly the cutest 8-year-old the world had ever season. But times were different back in 1990, making me curious as to what Home Alone would look like if it premiered in 2017. Would this premise even be able to take place? A lot of the movie requires a great deal of suspension of disbelief (those are some very durable robbers), but some things simply wouldn't be able to happen in this day and age.

In the original movie, precocious 8-year-old Kevin McAllister is accidentally left behind by his family in their struggle to make it to the airport on time. It would probably be a little more difficult to forget a child under these circumstances in 2017. But if it did happen, today's technologies could open up new possibilities for booby traps and even more injuries. Kevin is so clever he'd probably be able to build some kind of robot. That said, there's really no substitute for a good old-fashioned paint can to the face when it comes to ridding your home of burglars. So lets take a look at what this movie would look like in 2017, and what details would have to be altered.

In the original movie, the family is late when a storm knocks out the power lines, which resets everyone's alarm clock. Today everybody uses their phone for an alarm clock, so this wouldn't be a problem for most households. In 2017, perhaps all the alarms could be reset if everybody's phone was automatically updating their settings in the middle of the night. It's not quite as dramatic as the storm though.

In the hullaballoo following everyone's collected oversleep, the family has just 45 minutes until the plane takes off from the ground. This explains why they were in such a rush and quite literally forgot a kid. First of all: ha. In 2017, it is common to arrive at the airport at least an hour before departure and two hours before an international flight. At least, that's what I do. In today's world if the flight takes off in 45 minutes and you're still home, that's it. You've missed it. Now if you do somehow manage to make it in time, you're bound to realize you've forgotten a kid while you're all standing in the line for security. Then again, Mr. and Mrs. McAllister didn't notice through the entire eight-hour transatlantic flight so maybe not.

Alarms on houses these days have gotten really advanced. In fact, you can lock and secure your house using an app on your phone. You can install cameras that capture whoever shows up at your place. Some of these apps send you a little alert on your cell phone that lets you know there's a possible intruder and you can call the police. I suppose we could just assume the Future McAllisters don't have any of this fancy stuff, but considering the huge mansion they live in, that seems unlikely.

I don't know, I just feel like guns in the hands of children have sort of waned in popularity lately.

Cell Phones Would Solve Everything

In 2017 little Kevin probably would have a cell phone, in which case he could just text his mom something like "Moooommmmmm!" with an accompanying scared face emoji.

The Power Of New Tech

So let's say all the cell phones updated at once and deactivated everybody's alarm clock, the McAllister's don't have any security systems on their house, they don't notice Kevin is missing in line for security and they haven't given him his own phone because they think he's too young. In this case, there's a lot of stuff that Kevin could do in 2017 that he couldn't in 1990. With Amazon, just think of all the supplies Kevin could order to help him defeat the Wet Bandits. Imagine how much use a drone would be in setting up booby traps.

The point is, it would be a very different movie in today's world and make the entire premise of the film completely obsolete.