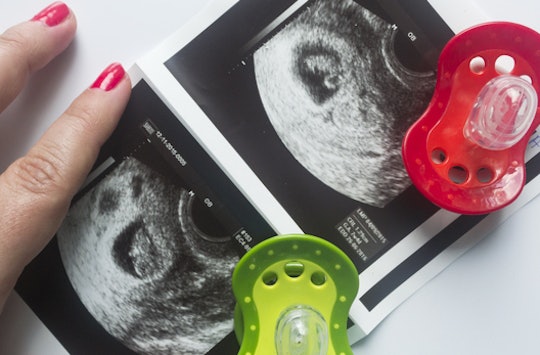 Believe It Or Not, Twins Aren't Always Ready To Arrive At The Same Time

Although people like to think twins do everything the exact same way, that isn't always the case. Even before they are born, twins develop differently. There are even circumstances where one twin isn't ready to be born yet, despite what its sibling may thing. So what happens in that situation?

First, a little background on giving birth to twins. For the most part, twins are born in short succession. On average, according to Very Well, the second infant is delivered 17 minutes after the first twin. In rare instances, however, twin babies are delivered at different times altogether. If one twin is born prematurely, healthcare providers may try to keep the remaining twin in as long as possible for what's known as a delayed interval delivery, according to the Center for Loss In Multiple Births. In general, the delayed interval delivery is seen as necessary for the survival of the second twin.

Because nearly 60 percent of twins are delivered preterm, the potential for problems associated with early deliveries are high in twin pregnancies, according to the American Pregnancy Association. Additionally, there's correlation between the baby's odds of survival and the lateness of delivery. For instance, an infant delivered at 25 weeks has a 50 percent chance of survival, whereas a baby born at 27 weeks has a 90 percent likelihood of survival, according to Very Well. Just a few days or weeks longer in the womb can help tremendously.

So even if one twin is born very early and does not survive, a delayed interval delivery gives their sibling a better chance of survival via later delivery. For instance, if the first neonate is delivered prior to the 24th week of gestation, every attempt should be made to prolong the second twin's delivery until weeks 28 to 32, according to Hippokratia. Delaying delivery can vastly improve the second baby's odds of survival.

Although delayed interval deliveries may be used to preserve the second twin's life, there are a few cases in which both babies come out of the event healthy. According to Case Reports in Pediatrics, there was an instance where a woman in a U.S. Naval Hospital birthed Twin A at 23 + 2 weeks, and Twin B was born at 26 + 4 weeks. Both babies and mom survived, and — get this — she moved to another facility between the births. In another amazing case, twins born 87 days apart also survived, according to HuffPo. These incidents point to the potential life-saving power of a delayed interval delivery.