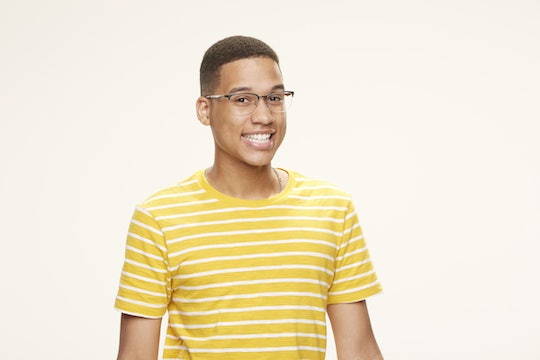 The new season of Big Brother is finally here, and this round of houseguests is full of interesting characters. Someone that I think will bring a lot of energy to the house is Ramses Soto, who is a student and a cosplay artist. The 21-year-old Michigan native may be bubbly and personable, but he definitely has a strategy to win the grand prize — and he may use his skills from cosplay to masquerade his true self. Viewers may be wondering, though, what that profession actually entails. What is a cosplay artist like Big Brother's Ramses Soto? It allows him to be both artistic and nerdy.

Cosplay, short for "costume play," is a performance art where someone dresses up and acts like a particular character. Cosplay originated in the 1980s and is now a popular way people can show off their fandom and find other fans at conventions. Cosplay is not the same as dressing up as a favorite character for Halloween; cosplayers don't only look like the characters, but they act like them, too. They may even identify with their personality. There are four elements to cosplay: narrative, clothing, play (mimicking the character), and player (how the player's identity lends itself to their role).

Can one make a living off cosplay? For some, yes. Professional cosplaying is a thing. Some cosplay artists can earn $5,000 to $10,000 per show and upwards of $200,000 per year. However, this isn't the norm, and there's no real data on how many people make their living cosplaying (or how much they make). While Ramses is passionate about the activity, it's unclear whether he actually earns an income from it. When asked about his favorite activity in his CBS biography, Ramses said, "I am very creative and love to create art. That's why I love to do cosplay."

He continued, "Cosplay allows me to be artistic and a nerd, at the same time, because I'm designing and creating a costume or prop out of unconventional materials." Ramses is also a student, so that's probably his "true" profession for now, but it's clear that he loves cosplay. Since there's an element of acting that goes along with the art, he may be good at manipulating other houseguests. Viewers will have to watch to see if Ramses' history with cosplay helps him in the game.