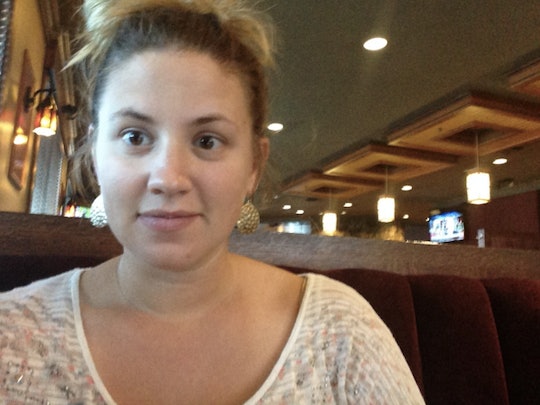 What Is A Life Coach? I Hired One, & Here's What Happened

I’ve been going through some stuff in my life lately. Call it a mid-life crisis, an end-of-your-20s crisis (I turn 30 next year), a moving-out-of-the-baby-stage crisis, or just a modern-day-Millennial-woman-stress breakdown, but whatever you do choose to call it, it’s happening. I work at home and I have a million children (OK, fine, just four) and no regular childcare, so the truth is, I don’t have a lot of places to turn to talk through things. The best way I can explain what I’m going through is by admitting that lately I’ve been feeling stuck — stuck in one stage of my life and not really sure where to go next with my marriage, my kids (as they grow), and with our home — more specifically, if we should sell our house and move on to something bigger and better. Basically, I need a life coach to help me get through whatever this phase of my life is.

And though I was only mildly serious, I wasn’t opposed to working with someone who could help me navigate everything going on for me personally. Though I’d heard of life coaching before, I’d never really put much stock in it. I mean, a coach for life? Isn’t that a bit redundant? Do people really pay someone to coach them through their own stuff? It always sounded like a first-world problem to me.

Then again, I have a lot of first-world problems, so what’s another one?

I decided to look into the phenomenon known as life coaching to see what all the fuss was about. I found a name, set up an appointment, and was on-board for a few sessions I could do from the comfort of my own home — and one restaurant booth because sometimes I do escape my children.

First, I asked Andrea Owen, life coach and author of Your Kick Ass Life, because I follow/semi-stalk her on social media, but unfortunately for me, she was a little out of my budget. So I turned to some sources and got a recommendation for a local coach named Anne Hamming.

What Life Coaches Do

According to Anne’s website, her goal is to “create a safe, trusting space for the client to set fears and worries aside and look at what they really think, what they really value, and what they really want to do.” For me, I didn’t really have any clue what exactly a life coach did, but I was hoping to gain some clarity on a few major life decisions I was struggling with, like a personal breakdown and deciding, once and for all, whether or not we should sell our house.

Before things got underway, Anne clarified the confusion I had about what she actually does: Life coaches don’t give out advice, and they don’t do anything similar to what a therapist or a medical professional would do, which was hard for me to wrap my mind around at first. I was kind of secretly hoping that a couple of phone calls under my belt with a life coach was all I’d need for all of the problems in my life to magically solve themselves and then — pow! — my future would be crystal clear, rolled out in front of me like a beautiful red carpet.

Alas, 'twas not to be. Instead, Anne informed that she was merely there to help me figure out my own wisdom, serving as a guide to helping me access the answers I already knew but maybe somehow couldn’t, or wouldn't, listen to. “So, if I’m understanding this correctly, you basically give people permission to let themselves do what they already want to do?” I asked her.

There was a pause.

Well, then. Game on.

My first life coach session left me feeling incredibly uncomfortable because, unsurprisingly, Anne wanted me to talk about myself. We talked over the phone at a restaurant in between rush hour, so the entire staff basically had the freedom to eavesdrop on everything I said. Awkward.

I’m a writer for a reason, guys. Talking on the phone about my deepest, innermost struggles and why those are struggles for me is not my jam. But Anne pointed out that talking to her was a safe space. “A coach doesn't tell you what to do,” she explained. “We help you find courage or we look at things from a different light.”

She also really, really stressed how freeing it can be to talk to someone who literally has no judgment or agenda. Unlike a friend or a partner who may give you biased “advice,” or just might not want to see you hurting, a life coach is a safe space. We weren’t even talking face-to-face so I didn’t even have to worry about how I looked or how gross she thought I was to lick salt off of my breadstick while I talked. (So good.)

With Anne, I gave myself the freedom to talk. I started with myself and how I’d experienced pretty much a complete and total breakdown, hysterical tears and all, only a few days ago. As I found myself fighting back tears again, I realized exactly how Anne was so very right. It really was extremely helpful to talk to someone who wouldn’t judge me or try to help me, but would literally just listen and try to get me to talk even more.

Getting To The Root Of The Problem

I wanted to talk to Anne about my priorities my three biggest struggles:

OK, full disclosure: One of our sessions may or may not have occurred while I was watching Gilmore Girls.

After I poured my little heart out to Anne over two sessions (the second call I did at home while my kids napped/peed their beds … twice), she did a lot of active listening and asked me to explore my feelings more. She also did a lot of pausing to ask to how certain statements made me feel. For example, if I said something out loud, such as, “My husband doesn’t want to move,” she encouraged me to explore how it made me feel to say the sentence out loud. She challenged me by asking me to prioritize certain things in my life that I otherwise might not have even considered. For example, when discussing whether or not we should put our house up for sale, she asked me where doing so would fall on scale of 1-10 right this moment. I suddenly realized it wouldn’t. Selling our home wasn’t a priority just yet, and that realization felt like instant clarity. Just like she’d promised, she helped by not giving advice or telling me how to think, but gently guiding me to look at what I was saying in a different light.

Like any narcissist writer, I lapped up Anne’s praise too, which helped me look at myself with new eyes. When I confessed my feelings of guilt for being happy and expressed a desire to — gasp! — want even more, she turned the tables and encouraged me to recognize my own empathy and to figure out how might I see that as a strength instead of punishing myself for it.

Anne also gave me permission to be the type of person I am. It sounds ridiculous, but she helped me realize how I’ve been judging myself based on what I hear from others. If everyone says it’s impossible to carry on a workload like I do, then there must be something wrong with me, right? No one wants to live like that. Except, most days, I do. I make it work and even enjoy it, when I can juggle it all. And Anne helped me give myself permission to acknowledge my own love for my work and my particular makeup and my energy levels. “It's OK to always be hungry — it's OK to want more, it's OK to always look over the horizon,” she told me. “You don’t have to wonder, ‘Gosh, is there something wrong with me because I like to work?’ You're really strong and embrace those aspirations, it will make you more happy in that present. Own it.”

It’s such a simple statement, but her words really struck me. How many of us really just own it when it comes to our lives, personally and professionally?

As a final part of a life coaching session, Anne has all of her clients choose one piece of homework or one point of action. “I hold clients accountable for actions, but it is much lighter than the old carrot-and-stick routine,” she says on her website. “We set realistic goals, honestly consider the roadblocks, take reasonable steps, and celebrate progress large and small.”

In my case, there actually wasn’t a good solution for childcare or fixing my burnout that I could come up with, but instead of getting further discouraged by that, Anne helped me to see that giving up could be my solution. Acknowledging that there was no good solution, realizing it’s only temporary, and letting myself feel all the feels might just be all the plan I needed, instead of constantly beating myself up and focusing all of my energy on how much it sucked.

And when it came to our house, I talked my buns off for 30 minutes until I realized I had talked myself into a decision: We’d stay put until spring. Anne even had me set an actual date on my calendar right then and there for when we’d reassess our situation and decide again to sell, move, or stay.

First up, I learned that I’m incredibly uncomfortable talking about myself. It’s way, way harder than I thought it would be, especially for someone who actually spends a lot of time writing about herself.

Secondly, I learned that there really is a lot of truth to accessing our own inner wisdom. We all do have gut instincts that for various reasons, we choose to ignore subconsciously or consciously. It felt almost liberating to realize how much I really did know about what I wanted to do with my life and our house when I took time to actually figure it the heck out without distractions or the frustrations of throwing other emotions into it.

Thirdly, I realized that there is SO much more wrapped up in our decision-making process than simple black and white choices. Almost the entire time I was on the phone, I was incredibly and somewhat embarrassingly, emotional. Like on the verge of tears emotional, because I realized how much stress I had been holding in about all of my decisions. A decision whether or not to list our house, for example, was more than just that decision. It was also a decision about if I wanted to have another baby, if my husband wants to do more of his side work, where we want our kids to go to school. There was a lot there that I was simply ignoring and getting to the root of my emotions behind the decision really helped me see the bigger picture.

On her website, Anne promises that by the end of their sessions, “clients feel lighter and life has much less struggle because values, priorities, and actions are all working together for the client's happiness and satisfaction.” And believe it or not, when I finished our second session, I actually did feel lighter. A lot lighter in fact, even despite the fact that I somehow managed to scarf down a rice cake slathered in peanut butter during our call.

So wisdom + peanut butter + two kids sleeping long enough for me to fit in a productive life coaching session = success.