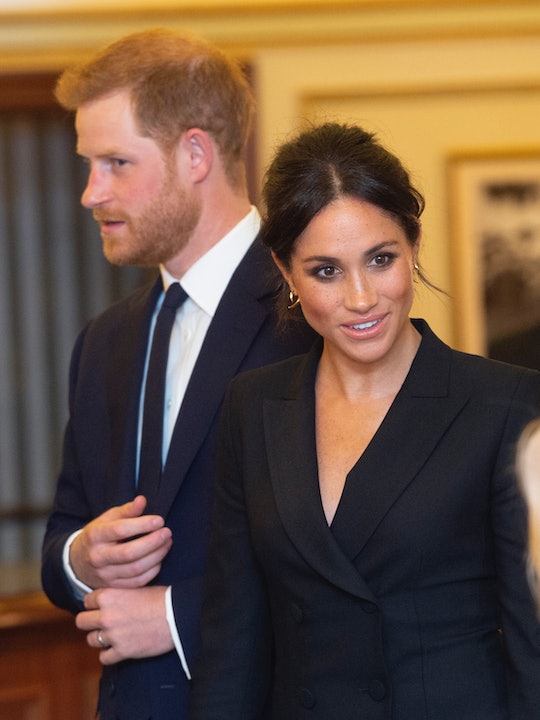 The Queen Has Reportedly Given Meghan Markle This Major Royal Role

Meghan Markle has been making herself at home in England and in the royal family, and now she’s about to take on one more responsibility that will cement her position. No, it’s not that of mother to a royal baby — though that is perhaps her most important role — it’s that of a patron. But what is a royal patronage? Meghan Markle’s first one is perhaps the most perfect choice around.

A patron, according to Merriam-Webster’s Dictionary, is “one that uses wealth or influence to help an individual, an institution, or a cause.” The royal family’s website explains further, “The Queen and other Members of the Royal Family lend their names and much of their time to many different charities and organizations. Currently over 3,000 organizations list a member of the Royal Family as their patron or president.”

So a patron doesn’t necessarily have to financially support an effort — though I suppose they could if they wanted to — but they may be involved in helping to raise funds. Markle’s first patronage may see her doing just that.

The queen is reportedly ready to hand over the patronage of the National Theater to Markle, according to the Daily Mail. The role would be a "natural fit" for the former actress, according to some "royal insiders" who spoke to the paper.

Markle had a meeting with Rufus Norris, director of the Theater last month, the Daily Mail reported, where they were thought to have discussed what kind of role she might take in the nonprofit. One of her expected responsibilities could be liaising with The American Associates, a charity in New York City that supports the Theater to the tune of nearly $3 million per year.

Of course, this won’t be the only patronage Markle has as the Duchess of Sussex. Over time it’s expected that she’ll pick up patronages that align with her interests in “education, female empowerment and the Arts,” as Hello! Magazine reported, adding that Markle has already taken meetings with the Campaign for Female Education and the Association of Commonwealth Universities, in addition to the Theater.

But how beneficial is it really for a charity to have a royal patron? Rob Cope, the director of Remember A Charity, which helps people leave money to nonprofits in their wills, told the BBC that royal patronages are a real gift for organizations. He said a royal's name and status help nonprofits to increase their recognition among the thousands of charities clamoring for support every year. He also mentioned that royals have more credibility than celebrities, particularly among the older generations who may have more money to give, according to the BBC.

The younger royals are known for doing a lot of work on behalf of the causes they support, but for Queen Elizabeth and Prince Philip even just having their name attached to an organization is a real benefit. Between the two of them, they are patrons of more than a thousand charities, with the queen at 600 and Philip at 700, according to Hello! Magazine. Many of those were inherited from previous kings and queens, according to The Sun

The official announcement about Markle’s patronage of the Theater is expected within the next few days, according to The Sun, and then it’s off to the royal races to see what else she’ll be supporting with her time.