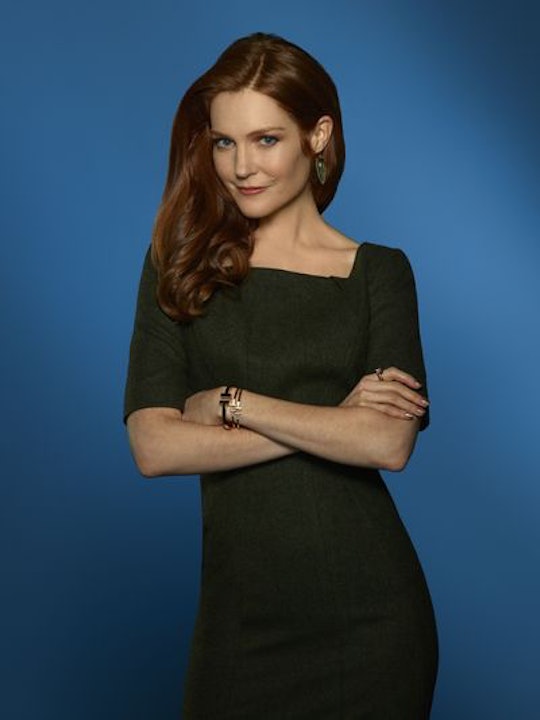 Scandal is about to hit the 100th episode mark and the characters have come a long way since the pilot episode. In particular, Abby Wheelan, Olivia's former right hand at Olivia Pope & Associates, has let the want for power corrupt her a bit and now she finds herself at the mercy of a mysterious group. But what would've happened if Fitz never became president? Though Olivia's one decision to rig the presidential election in Fitz's favor may seem small, it actually affected a lot of people's lives, and definitely would've changed Abby's. So what is Abby doing in the alternate reality on Scandal? She may still be working for Olivia.

A lot of things may have gone differently in this alternate reality but thankfully at least one thing would've stayed the same. Abby's abusive husband Charles Putney kicked her out prior to Fitz's campaign and Olivia took her in soon after. Abby helped Olivia with Fitz campaign and in the alternate reality it seems fair to assume that Abby would've continued working for Olivia, if Olivia did in fact still start OPA even after Fitz lost the election.

If OPA doesn't exist in the alternate reality, it's possible Abby just got a new job. Abby is technically a lawyer, having gone to Georgetown Law with Olivia, so she could've joined a law firm or maybe she still somehow ended up working for the government. In either case, she at least wouldn't be with her abusive ex. At least, I certainly hope she wouldn't.

However, that doesn't mean Abby will be single. It's possible she still ends up with her current boyfriend Lee Burgens or maybe her ex David Rosen. If she and David got together in this alternate reality their relationship may have actually lasted since the main reason they broke up was because David tried to oust Olivia & Co. for rigging the election. Abby stole the voting booth memory card from David to prevent that from happening, and though she lied about doing so for a while, the truth (of course) eventually came out.

Could the election rigging be the only reason why David and Abby aren't together? Could they actually be living happily ever after in the alternate reality? At this point, anything's possible. Thankfully, fans won't have to wait much longer to find out where Abby ended up in this strange new world.

The 100th episode of Scandal airs on Thursday night at 9 p.m. ET on ABC.