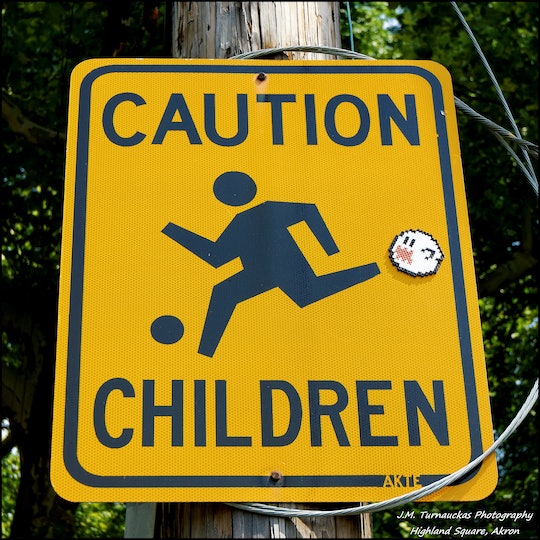 What Is Adultism? It's Something All Parents Need To Know About

Parenting is hard work. Really hard work. Not only are you trying to raise a human being, but you are (hopefully) trying to do it while giving them as few reasons as possible to need a therapist later on in life. The good news is that raising a child doesn’t require perfection — you don’t have to do everything right for your kid to turn into a well-adjusted, responsible adult. But the bad news is that you might be hurting your child deeply without even realizing it, thanks to something called adultism. What is adultism? Writer James St. James wrote about adultism in an article for Everyday Feminism, and it was majorly eye-opening. According to St. James, adultism is the ingrained belief that adults know best, or, basically, that children don’t deserve the same rights that adults do.

Think back to some of the negative events that affected you most as a child. Did they involve an adult dismissing or downplaying your reality, or ignoring your right to consent? Maybe you were spanked, verbally abused, or raised by someone who believed that children should have “a healthy fear” of their parents, or should arbitrarily “respect their elders.” Or maybe you were told that something about you wasn’t right — your interests, or your beliefs, or your identity. That’s all adultism in action — adults trying to control children out of an inherent sense that children don’t deserve respect or agency.

Adultism is definitely not specific to parenting, although it is one area where it is often seen. According to Everyday Feminism, adultism is essentially a more specific version of ageism. Where ageism implies discrimination towards anyone due to their age, adultism is specific to the type of discrimination that children and youth face coming from adults. Other examples of adultism, according to the Freechild Project, include things like “compulsory education, access to contraception, legalized corporal punishment, access to healthcare, voting age, [and] curfew laws,” (although that’s certainly not an exhaustive list).

Unfortunately, not everyone takes the idea of adultism seriously, or even believes it exists. And it’s easy to see why — the idea that adults are biased to the detriment of the children in their lives is a sensitive topic. Everyone wants to believe they are doing what’s best for their children, and, of course, it is the responsibility of parents to keep their children safe and to give them rules and boundaries. The difference lies in whose interest is really being served: is it really about what’s best for my child, or is it actually about what’s best for me?

Unchecked adultism has major implications for children. According to University of Michigan professor Dr. Barry Checkoway, adultism causes children to "question their own legitimacy, doubt their ability to make a difference,” and “convinces [children] that [they] don't really count.” And in extreme cases, Checkoway argued that children who are victims of abuse as a result of adultism then become perpetrators of abuse themselves.

Certain parenting styles — like the Positive Parenting movement — attempt to move away from the trappings of adultism by highlighting the importance of things like compassion and respect. But according to St. James, the truth is that adultism isn’t really about parenting at all:

This is not parenting advice. This is how-to-not-destroy-another-living-creature advice.

Understanding this difference is a massive first step in viewing your child as—well—human.

The mic has been dropped. #Preach.