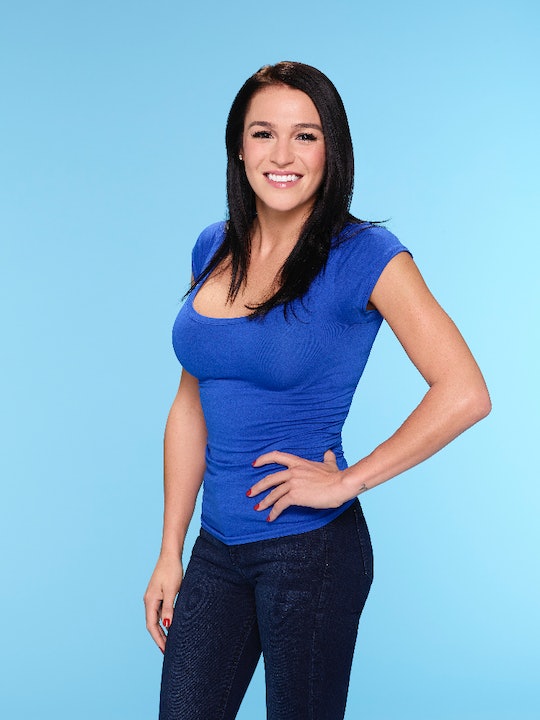 Alexis Waters made a splash – literally and figuratively – when she debuted in the first episode of Nick Viall's season of The Bachelor. The New Jersey native had one of the silliest and most memorable intros out of any of the contestants, which clearly established her as a fun-loving, carefree woman. Alexis quickly made an impression on both Nick and the viewers – tweets re: "Who is this Shark/Dolphin Girl?!" abound. But two weeks in, we still hardly know anything about her (save her love of certain aquatic mammals). For instance, what is Alexis' real job?

Between spending the entirety of the first cocktail party in a dolphin costume (or was it a shark?) and her dolphin-loving intro, one thing we know for sure is that Alexis sure feels passionately about dolphins. In fact, the Secaucus native mentioned in both her opening and in her Bachelor bio on ABC's website that her occupation was "aspiring dolphin trainer." That definitely ranks highly among the best of Bachelor Nations many notoriously ridiculous job descriptions.

But given the "aspiring" aspect of Alexis' job title, it's obvious that she's not currently a dolphin trainer. So, what is she doing in the meantime? Alexis' job (while she works toward her dolphin-centric dream) isn't clear, and she might not actually have one yet. That's not particularly shocking, though – Alexis is one of Nick's youngest contestants, at only 23 years old. A fairly recent graduation photo was posted on her Instagram account as well, revealing that she graduated from Montclair State University this past May, though it's unclear if she majored in anything dolphin-relevant.

It's totally understandable that Alexis is taking time to figure out what she wants to do with her life – or, more likely, how she can work towards becoming a dolphin trainer. This is assuming, of course, that the dolphin thing isn't solely a (very effective) shtick that she invented for the show. Her Instagram bio does say that she "just wants to make people laugh," after all.

Her social media accounts don't appear to reveal anything else about what job she may or may not have held since graduating, but her LinkedIn profile does provide some insight. According to the profile (which doesn't seem to have been updated recently), Alexis once worked as a Marketing Associate at Positive Impact Partners (a "boutique" events and marketing agency) for five months in 2014, while she was still in school. It seems that Alexis might also have once had an Explore Talent profile for acting, though it appears to have since been removed.

Here's hoping Alexis is able to make her dolphin dreams a reality, now that the season has wrapped, if that's what she's still aiming towards.