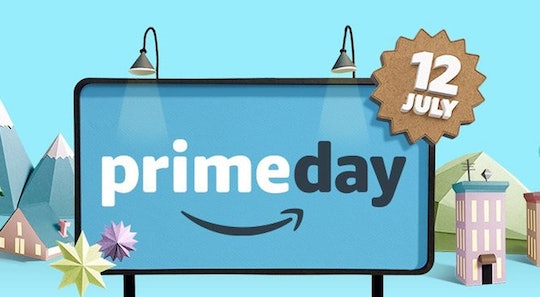 What Is Amazon Prime Day & How To Get The Best Deals

Is Amazon Prime Day the new Black Friday? If one of the world's largest retailers has anything to say about it, July is about to become the biggest shopping month of the year. Chances are you've heard the buzz, but it's normal to wonder: what is Amazon Prime day, anyway, and how do I get the best deals? Because if the best shopping event of the year doesn't even involve going to a brick-and-mortar store, then the deals are that much better. Shopping in your pajamas is a pretty sweet luxury.

More Like This
30 Of The Best Kids’ Shows To Stream On Amazon Prime With Your Family
Pregnant Olympian Shawn Johnson Cried When Her Daughter Was Sad At Drop-Off
Doughnuts, Beer, & More Free Stuff You Can Get If You’re Vaccinated
Give Your Mom A Shout-Out With These Mother's Day Hashtags

July 12, 2016 marks the second annual Amazon Prime Day, which includes sales for Amazon Prime users, a service that is available for $10.99/month after a free trial. Prime users also get free two-day shipping, which can be exactly as dangerous as it sounds.

The number of Prime Day deals is a little overwhelming — there are more than 8,000 products in the mix — and of course the usefulness of these deals will vary by user. You can get 22,000 Perler Beads for $11.99, for instance, or 16 ounces or Death Wish Coffee for $15.99. But the deals don't last forever, so if there's something you're looking to save on, now is the time to strike.