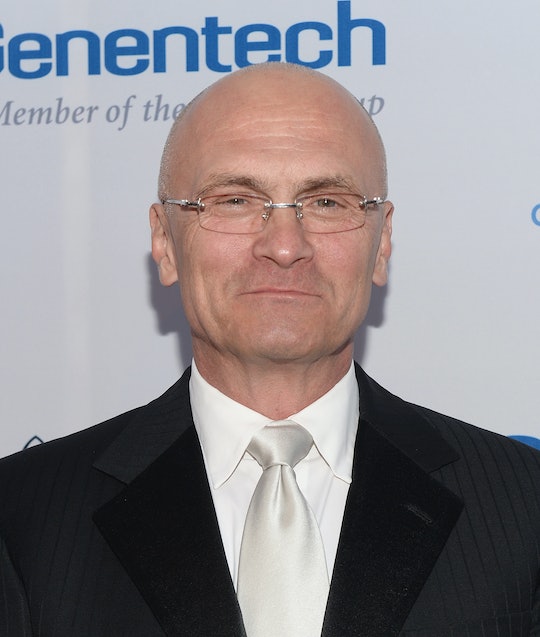 What Is Andy Puzder's Stance On Minimum Wage Increases? He Could Be Bad News For Workers

Shortly after it was reported that Donald Trump had chosen a fast food executive to be labor secretary, one advocate of ensuring workers earn a living wage lambasted the pick as having "proven he doesn’t support working people." Indeed, Andy Puzder's stance on increasing the minimum wage indicates that he'll aim to undo President Obama's efforts to implement more worker-friendly policies, such as guaranteeing overtime compensation and adhering to the provision of the Affordable Care Act that mandates companies with 50 or more employees provide health care coverage to their workers. In fact, the CEO of CKE Restaurants — the parent company of chains like Carl's Jr. and Hardee's — has even threatened that such government regulations, which can be expensive for businesses, can "make automation a more viable option for business."

Like many the president-elect has nominated to his Cabinet so far, Puzder financially supported Trump's bid (to the tune of $150,000), and he also worked as an adviser to the campaign. Now, he'll likely take on the task of heading up the Department of Labor, which is charged with looking out for the welfare of workers. Some progressives believe that Puzder's nom shows that the Cabinet, instead, will look out first for "the billionaires and special interests, instead of America’s working class," as New York Sen. Charles Schumer told USA Today.

Puzder, for his part, would likely tell you that his opposition to raising the federal minimum wage from its current $7.25, where it's sat since 2009, to the $15 "living wage" some activists are fighting for, does consider the needs of workers.

"This is the problem with Bernie Sanders, and Hillary Clinton, and progressives who push very hard to raise the minimum wage," Puzder has said, according to Business Insider. "Does it really help if Sally makes $3 more an hour if Suzie has no job?"

That's not to say that Puzder — a critic of efforts he sees as overregulation of businesses that would ultimately, in his opinion, cost many workers their jobs — wants the minimum wage to stagnate, though. He's open to instead indexing the minimum wage to inflation so that it would gradually climb over time, The Los Angeles Times reported in March. Puzder, whose business employs about 70,000 people and takes in about $1.3 billion a year, said that he does not intend for his employees to languish in minimum wage positions, but rather that those jobs are designed as entry points to higher-paying roles, according to the newspaper:

... People don't make minimum wage for a very long period of time. If you're going to stay and you show you have value, then your wage is going to go up ... I don't think anybody plans to have a workforce of minimum-wage employees. That's just not the way it works ... there's nothing wrong with rational increases in the minimum wage that don't kill jobs.

Still, Puzder's stated dedication to maintaining employees' jobs didn't stop him from describing his interest in developing a restaurant staffed not by humans, but by machines. "We could have a restaurant that's focused on all-natural products ... where you order on a kiosk, you pay with a credit or debit card, your order pops up, and you never see a person," he told Business Insider in March, citing a rise in minimum wages across the country as an impetus for his considering such a model in the first place.

And in the individual case of Puzder, who personally took home $4.485 million in 2012 — but also asserted that "overtime pay has to come from somewhere, most likely reduced hours, reduced salaries or reduced bonuses" — it's clear that he's not willing to reduce his own bottom line for the good of his workers. So the question now becomes: What is he willing to do for the American people?