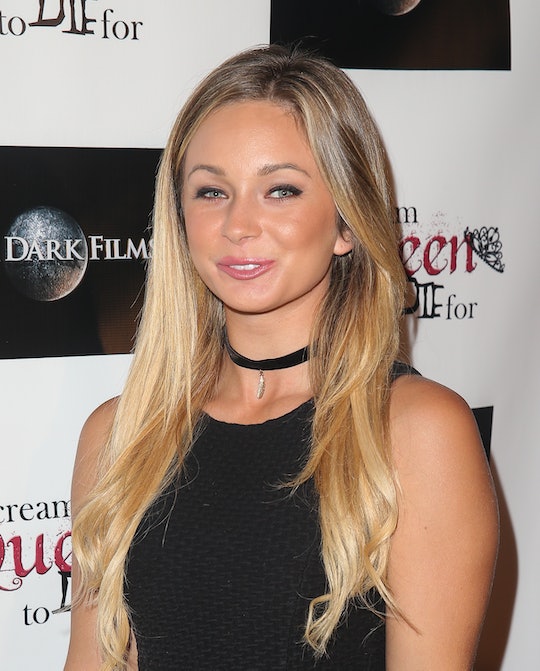 Annika Is Up To Something On 'The Arrangement'

On The Arrangement, it was clear that the Institute of the Higher Mind had way more power than protagonist Megan knew. While she may have noticed signs of the Institute's control over Kyle West, she had no real idea just how total that control was. The Institute was pulling the puppet strings from Megan's very first audition for Kyle's new movie and the simple act of getting noticed by him led to her life being infiltrated without her knowledge. And all of that started with a girl named Annika. But what is Annika's plan on The Arrangement?

Annika initially appeared to be totally unconnected to the Institute; she was the girl Megan's boyfriend Nick had been cheating with, and unintentionally got pregnant. Annika was the impetus for Megan to break up with Nick, making her ready and willing to fall for Kyle at just the right moment. But unbeknownst to Megan, Annika wasn't who she seemed. The Institute was run by a man named Terence and his wife Deann, and Deann had hired Annika to break up Megan and her boyfriend. In return, struggling actress Annika would get some prime opportunities. However, it didn't quite work out like that. Annika was fulfilling the Institute's plan at first, but she quickly seemed to come up with a plan of her own.

Annika isn't pleased with the opportunities she received in return for screwing over Megan, especially because Megan essentially became the newest It Girl overnight and Annika is still scrambling. Though Deann tried to foist her off, Annika wasn't having it. She said if she didn't get what she wanted, she was ready to blackmail Deann with any and all secrets she'd gleaned about Kyle: namely, that he was a total fake who hired a new wife. When the blackmail attempts didn't work, Annika went around Deann to the one person with more power.

The second episode ended with Annika showing up on Terence's doorstep for a meeting. She appeared to be trying to reach the higher ups to get herself into a better position — something that could be especially useful because Terence is about as thrilled with Megan as most people would be with a termite infestation. Terence didn't seem to recognize Annika, which could be because he had no clue about Deann's machinations. Deann could obviously blow up Annika's spot here in a minute, so what was Annika trying to do?

Annika's sweet-as-pie act in front of Terence didn't indicate another blackmail attempt, so there were a few other possibilities. Perhaps she was trying to get back at Deann by going after her husband (weak sauce), or she could be trying to convince Terence to make her the new girl on Kyle's arm instead. It would give Annika everything she wanted, and get rid of Megan in the process — something Terence was bound to be down for. The only issue would be getting Kyle on board, which wouldn't be easy.

Annika obviously wants more fame and more opportunity, and she'll do whatever it takes to get that.