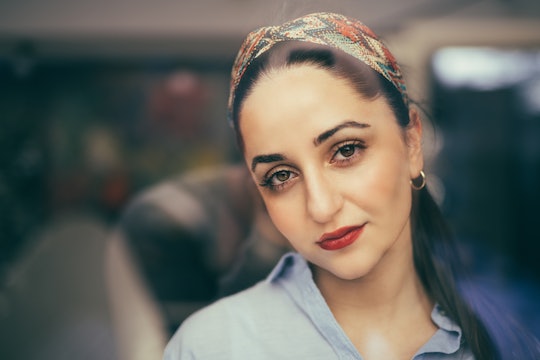 Here’s What It Means To Be Asexual

In recent years, sexual orientations and identities have become more publicly acknowledged and accepted (well, for the most part). But what about the people for whom sex holds no interest? They do exist. So what is asexual orientation, and what do you need to know about this identity? It may be more common than you realize.

In general, an asexual person does not feel or otherwise experience any sexual attraction, according to The Asexual Visibility & Education Network (AVEN). Basically, it is an inborn absence of sexual desire. In contrast, a person who is abstinent may experience feelings of sexual attraction, but choose not to act on them. An asexual does not deal with these attractions in the first place; they aren't repressing anything.

Despite being a thing for, well, forever, people are only beginning to study and understand asexuality. According to the website for U.S. News & World Report, an estimated one percent of the population is asexual, proving that it isn't that uncommon.

Oh, and being asexual does not imply mean anything is wrong with a person. According to the website for Psychology Today, asexuality does not appear to be a disorder or psychiatric condition. It's a sexual orientation, like being queer or bisexual. In a world where the complexities of human sexuality are being addressed and accepted, asexuality warrants attention as well.

As you might imagine, though, asexuality can make a person's dating and romantic life somewhat tricky. It's important to remember that asexuality falls along a spectrum. According to a helpful graphic in HuffPost, some asexual persons can still feel romantic attraction to other people. Others also identify as aromantic, or someone with little to no need for romance. There are even asexual dating sites for people who are seeking platonic (although possibly romantic) relationships.

Oh, and if you hang around the asexual community for very long, chances are you'll come across many references to cake. What's up with that? According to the Asexuality Archive, it's a reference to the idea that asexuals would rather have cake than have sex. For what it's worth, people from most backgrounds and orientations would agree that cake is pretty great, and in some instances better than sex. Black forest cake, anyone?