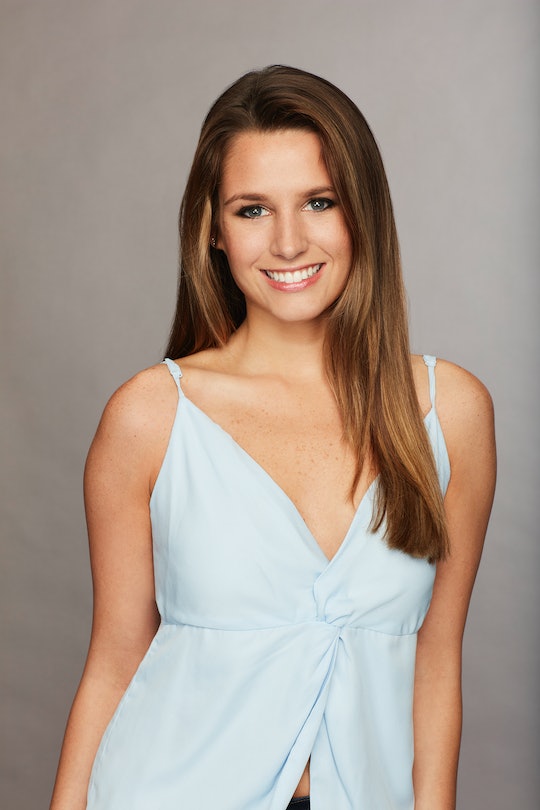 No, This 'Bachelor' Contestant Isn't Really A Sloth For A Living

Some of the "occupations" revealed beneath each Bachelor contestant's name are utterly fascinating. Like, what does it mean to be a "Chicken enthusiast?" You probably love chickens, own chickens, and obsess about chickens. But is it a job? I could argue it doesn't pay the bills but after a stint on a popular realty TV show such as The Bachelor franchise, the former "chicken enthusiast" has probably become a famous chicken advocate and influencer. Speaking of odd Bachelor jobs, what is Bachelor contestant Alex D.'s real job?

First, it's important to decipher between the two — yes, two — women named Alex. There's Alex B. who's a dog rescuer and Alex D. who, you'll see, fits her Bachelor job description. Alex's D's subtitle says "Sloth." Yep, you read that right. You're probably thinking a) what does that mean?, b) is it an actual money-paying job?, and c) huh? First things first. Alex D. isn't a sloth imitator or sloth "enthusiast." Her ABC bio said Alex is a super fast talker who moves "slowly... verrrrrrrrrrry slowly." Mystery solved. So if her behavior mimics a sloth, how does she pay the bills? She manages accounts for an IT staffing agency. You're probably imagining how productive she must be if she moves at a sloth's pace. I know I am.

Career aside, Alex D. is a Cape Cod, New England gal with an older brother she looks up to in more ways than one. She attended the University of Massachusetts and now resides in Boston where she enjoys rooting for the home team (aka the Red Sox). As an avid animal lover, she said if she could choose any job in the world, she'd be a zookeeper (probably to hang with the sloths).

In case you haven't seen any of the promos for Season 23 of The Bachelor, let me re-cap what's in store. Season 14 of The Bachelorette introduced you to a former NFL player with a heart for dogs and giving back — Colton Underwood. And though he and Becca didn't end up together, he gave love a second shot on Bachelor in Paradise (even though he wasn't over Becca yet) where he and former love interest and Season 22 contestant, Tia Booth, ultimately parted ways. Though the breakup caught Tia off guard at first, she reportedly has a new boyfriend is totally over Colton. There are many fans who wanted these two to make it and another who saw the breakup coming a mile away. Regardless, Tia's occupation as a physical therapist is vastly different from "sloth/IT account manager."

It's clear Alex D. has some work ahead of her if she's to win Colton's heart, especially after the two Bachelor Nation season's he was apart of. Out of all the new contestants this season, it's important to know, if Alex D. could have lunch with anyone, dead or alive, who would it be?" Her pick is Ellen Degeneres so I'm an instant fan no matter how slowly she moves.

Look, some of the jobs listed with every contestant's name are just plain silly. Who really makes money as a "free spirit" or "hipster?" It's reality TV, after all, and mindless entertainment at its finest. But if you asked me who'd catch Colton's eye the fastest, it might be the slowest person in the room (Alex D).