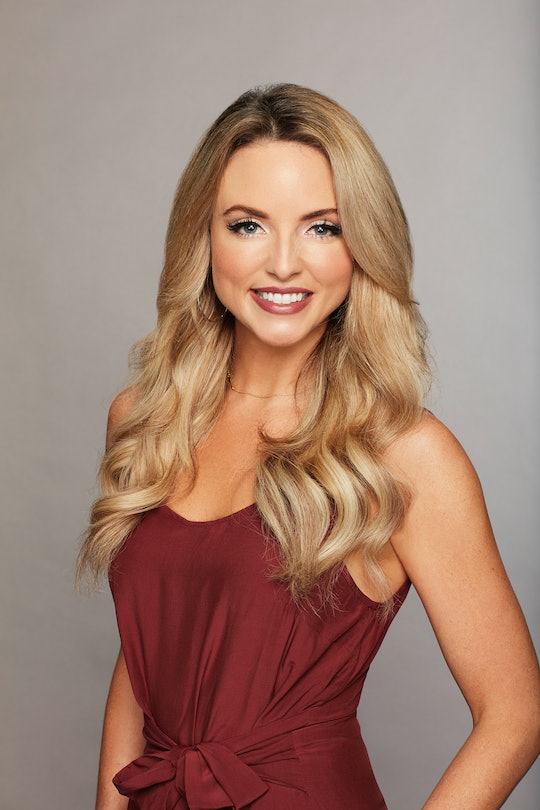 This Season 23 'Bachelor' Contestant Has A *Magical* Job Title

Season 23 of The Bachelor is nigh. That means more drama, more tears, more ridiculous job occupations. I don't know how anyone can top "Tickle Monster" from a previous season, but Bachelor Nation never lets me down. This season is filled with pageant queens, medical professionals, and a dog rescuer. But there is also the occasional non-traditional title slapped across the screen such as "Cinderella." Sounds cool enough, but what is Bachelor contestant Erin's real job?

The real answer isn't as exciting as the one you're probably imagining (she lives in a castle! She lost her glass slipper and Colton will realize her foot is the perfect size for the glass slipper he found laying around the Bachelor mansion!). Instead of doing endless chores instructed by an evil stepmother while fending off two wicked stepsisters, Erin's real job title is unknown at this time, but she spends 40 hours a week, or more, working at her stepmother's (total coincidence) home improvement business. This probably includes business matters and her ABC bio claims Erin is "not afraid to get her hands dirty but cleans up nicely," which is another Cinderella reference. Erin, you're so sly.

The bio also adds that in Erin's down time, she fancies ballroom dancing at reasonable hours (I'm guessing before her carriage turns into a pumpkin). She loves pumpkin spice lattes, because, obviously, and has a thing for all the expensive shoes — but says she can keep track of them way better than the Disney princess. That's a whole lot of Cinderella if you ask me, but if the shoe fits... you can finish this sentence. A few of the other "fun facts" listed include that Erin's favorite sports team is the Dallas Cowboys, she's never done anything truly outrageous except bungee jump — five times in a row — and when in the mood for romance, New York City during the holiday season is the place that completely melts her heart. So maybe she's not *literally* Cinderella, but I get it.

This season of The Bachelor features Becca Kufrin's Bachelorette dude, Colton Underwood. He's a former NFL player, big believer in giving back to charity, and dog lover. He exited the show after talking with Becca about his still in-tact virginity but made a surprising appearance on Bachelor in Paradise soon afterwards. That's where things got, uh, more complicated. His on-again off-again on-again flame, Tia Booth, was waiting for his arrival and after a multi-episode build-up of emotion and drama, the two gave the relationship one last go. Ultimately, Colton didn't feel he could move forward with Tia and thus, your new Bachelor was born. So relatable, am I right?

Maybe Erin isn't the one and only Cinderella, and maybe she doesn't reside in a gigantic castle near a meadow. Maybe she doesn't even work at Disney World or have tiny mouse friends who speak to her and sew her couture dresses for fancy balls. And maybe she loathes all the comparisons to the princess. Regardless, her real job working for her stepmom surely (hopefully) pays in dollars and not insults. But who knows — maybe Colton will be her Prince Charming and the two will live happily ever after.