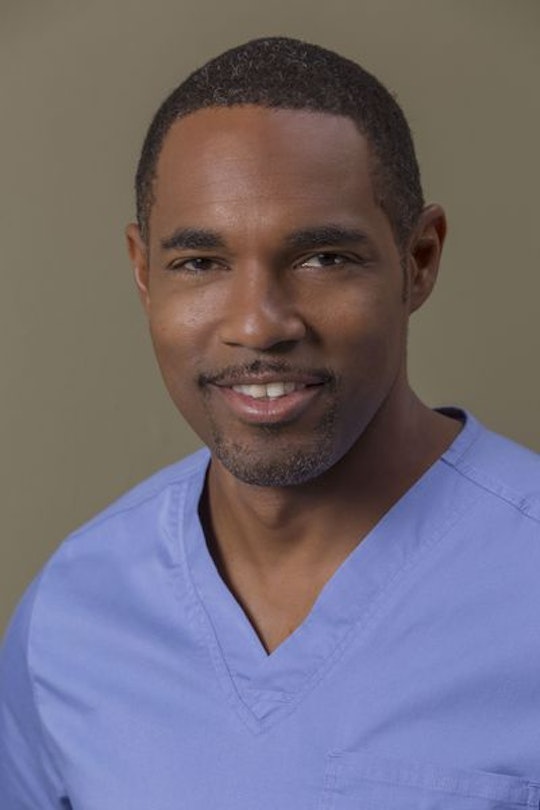 This 'Grey's Anatomy' Character Could Be Leaving

Dr. Bailey's husband, Ben, is clearly up to something. Getting up early for runs, sleeping in the hospitals hallways, and just being straight up sketchy, it wasn't all that surprising when he revealed to Jo that he's training for something he doesn't want Bailey to know about. So what is Ben training for on Grey's Anatomy? He's may be leaning towards another career change.

When Ben joined the show back in Season 6 he was actually an attending anesthesiologist before deciding he wanted to get into surgery. Since then he's been a part of the surgical residency program (not counting that brief time he was suspended and became an anesthesiologist again). However, it now appears that after jumping into the burning down hospital last season to save Stephanie and her patient, Ben has decided to change his career once again.

In case you missed it, Grey's is getting another spinoff (the first was Private Practice, which aired for six seasons). This new series will follow a group of heroic firefighters in Seattle, where Grey's takes place, and it was announced back in September that Jason George, who plays Ben, will be a series regular on the show. This won't happen until after Season 14 of Grey's, however. For now, Ben is still a series regular on Grey's and this season will set up his transition to the new spinoff series.

However, just because Ben is leaving Grey's that doesn't mean he's leaving Bailey. George revealed to TVLine that he hasn't yet been told how Ben's career change will impact his marriage, but that "there will definitely be crossovers between Grey's and the spinoff show." George hopes that Ben and Bailey's relationship will continue and that will be shown on both shows. He also doesn't mind if Ben's decision to become a firefighter leads to a bit of strife in Ben's marriage, as long as the couple pulls through in the end. "I've come to really love their relationship," he said. "I'm proud of it. They're grown-ass people with grown-ass problems who work it out no matter what."

So hopefully this means this isn't the end of Ben and Bailey, but just the beginning of a new adventure in their lives. These two have been through tons of ups and down together, but they've been able to make their relationship, and then marriage, work for all these years, and it'd be a shame to see them split up over this.

That being said, it'll still hurt to see Ben go. Although I still miss Stephanie, Jo's new friendship with Ben was just starting to grow on me. To know that their friendship will surely end once Ben leaves the hospital is disappointing and sucks for Jo. She's losing friends at an exponential rate these days, and soon all she'll have is DeLuca and they're not even speaking right now. At least she has Alex, but still. Who's she going to whine about Alex to once Ben leaves? It's not fair. Hopefully, with these crossovers, the show will at least show that Jo and Ben keep in touch. If not, Jo needs some new friends ASAP.

Besides that though, it will be exciting to see Ben in a whole new environment, once again starting at the bottom and having to work his way up. This new series will bring a whole bunch of new characters and, of course, new drama. It'll be interesting to see how Ben handles it, and it's nice to know that there will be a familiar face in this new Shondaland show. Truth be told, I'll watch anything Shonda Rhimes produces, but adding Ben to the mix definitely makes me more invested right from the start.

There's no news yet on when this new Grey's spinoff will premiere, but for now you can still enjoy watching Ben on Grey's.