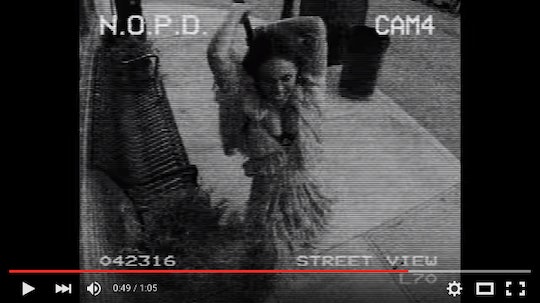 What Is Beyonce’s Connection To New Orleans? A Lot Of 'Lemonade’ Was Shot In Louisiana

The scenic shots of Beyoncé's "Formation" have a lot in common with those of Lemonade, a special video album premiering on HBO on April 24. These similarities is leaving a lot of people wondering, what is Beyoncé's connection to New Orleans?

It's clear that Beyonce finds inspiration from the city of New Orleans and the state of Louisiana. After all, she shot her "Deja Vu" video at a bar in Carrolton and a plantation in the St. James Parish in 2006. And it's obvious from the images of Mardi Gras and the New Orleans community, that Beyoncé brought her love for Louisiana to Lemonade. But why?

Well, if you were one of the millions who played "Formation" on repeat, you know Beyoncé has roots in the Creoe State. In the lyrics "My daddy Alabama, Momma Louisiana," mom is from Louisiana, she proudly states her ties to Louisiana by way of her mother, Tina.

And, if that weren't enough, Beyoncé own real estate in Louisiana. ET Online reported that Beyoncé and Jay Z bought a house in New Orleans in May 2015. Not to mention, her sister Solange lives mere blocks from where the waters of Hurricane Katrina flowed. Sightings of Beyoncé in New Orleans may be elusive, but they still exist.

Since she hasn't been there in a while, it's sweet of her to pay tribute to the state through Lemonade. The imagery she chooses is stunning, and that has everything to do with the location. She has shed a spotlight on the sights and sounds of black New Orleans, over and over again. It seems natural that she would draw such massive inspiration from such an incredible city. Though she was raised in Texas, it's clear that she has no plans of stopping her love affair with Louisiana. And Twitter noticed.

With the release of her visual album Lemonade, whose themes so sharply revolve around being destroyed, and building oneself back up — New Orleans serves as the perfect backdrop. The city destroyed by a hurricane, the city who has fought its way back, the city who didn't lose its soul? New Orleans is the city that Beyonce loves.