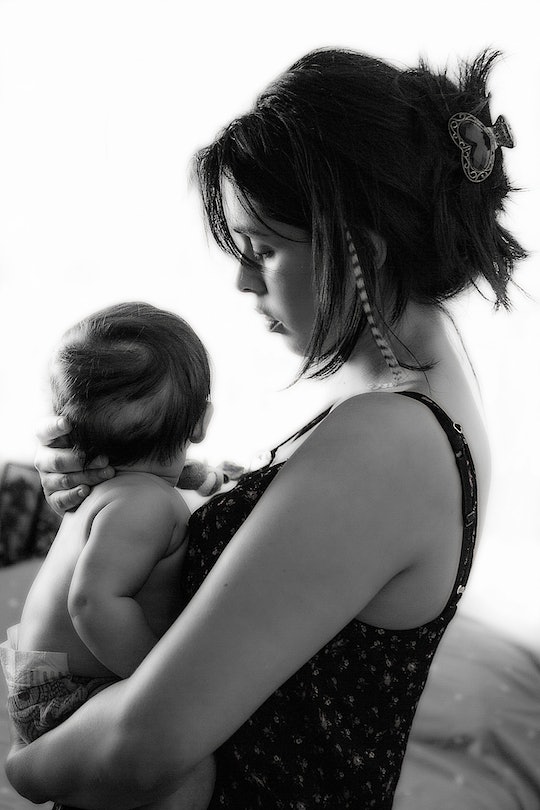 What Is Breastfeeding Agitation & Can It Be Prevented?

There is an unpleasant experience that can happen to moms who are nursing while pregnant, or tandem nursing both an infant and a toddler. This feeling is known as breastfeeding agitation, and its a heavily discussed topic on all the parenting message boards. But what is breastfeeding agitation exactly, and how can you prevent it?

Breastfeeding aggitation has been described as a grating, creepy crawly, or overwhelmingly intolerable annoyance while breastfeeding according to La Leche League International. There are moms who feel an overpowering urge to immediately stop nursing, and others who are so are so uncomfortable that they become angry at their children, typically the older child in a tandem situation, for wanting to nurse.

La Leche League suggested that breastfeeding agitation, also referred to as nursing aversion, can be associated with our primal instincts as mammals. Maternal aggression when it is time to wean is common in the animal world. Because nursing while pregnant often triggers breastfeeding agitation, it is believed that the pregnancy may cause the body think that it is time to wean.

Nursing moms may also start to feel an aversion to breastfeeding after having a new baby. Sometimes it is because their toddlers who had been typically nursing only a few times per day, become reattached to the breast once their mother has an abundant milk supply again. According to Baby Center, some toddlers may even refuse solid foods because they are nursing so often.

Although you may be feeling a primal instinct to wean, you do have the option to continue nursing if it is something you are committed to. Mama's Milk No Chaser recommended using social media, talking on the phone, or listening to music or audiobooks as a way to try to distract yourself from these negative emotions. You can also time your nursing sessions using an alarm so that an overly clingy toddler knows when to detach from the breast.

Finally, if distractions fail and you are still battling overwhelming and unbearable feelings while nursing, it is perfectly OK to begin the weaning process. Theurig noted that breastfeeding is a two-way street. You have to take your feelings into consideration as much as your child's.

More Like This
Abbot's Formula-Producing Plant Can Reopen In As Early As 2 Weeks — Now What?
Can You Help Your Baby’s Hair Grow?
17 Best Potty Training Products For Toddlers
Here’s What You Need To Know About That Viral 1960s Baby Formula “Recipe”