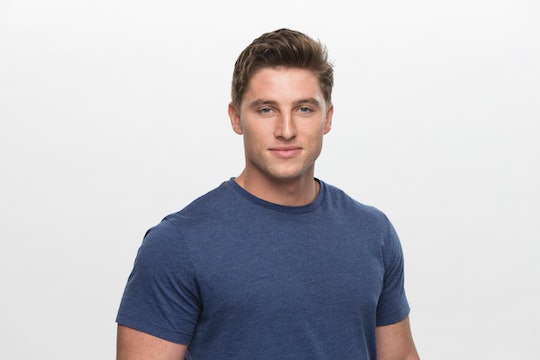 It can be difficult to get to know the Big Brother contestants at first. There are so many people in the house and they're all trying to make the most lasting impression. That's where social media can come in handy: it can give audiences a glimpse into the cast members' lives, revealing their personalities and motivations. So if you want to get to know, say, Brett Robinson a little bit better, then you might be wondering: what is Brett Robinson's Instagram?

Unfortunately, Brett doesn't seem to have Instagram — or Twitter or FaceBook. There aren't any easy-to-find social media accounts linked to this particular Brett Robinson (though the name does abound across platforms), which could mean a couple of things. Perhaps Brett just isn't interested in maintaining an online presence, or he uses different names to keep it ultra-private. Maybe he's waiting until his time on the show is done to set things up so any interested viewers can find him. Whatever the reason, it makes snooping on Brett much more difficult.

Luckily, however, his CBS bio for the show has some insight to offer. It might not tell you anything about Brett that you can't see for yourself on the show, but it's the next best thing to investigating him online.

Originally from Oakdale in Connecticut, twenty-five-year-old Brett now lives in Charleston, MA and works as a cybersecurity engineer. That explains the incredibly locked-down socials: Brett must know all about how to keep a low profile to prevent nosy entertainment journalists from reporting on his selfies and summer vacation plans. He has no such qualms about spying himself, however (which could really help him in the Big Brother house); the fun fact he has to offer is that he "hack[s] into my friends' computers for fun."

Brett also enjoys working out, doing repairs on his home, and snowboarding. When asked to describe himself in three adjectives, he offers two adjectives and a noun: "vehement, riveting, and trophy." He seems to be promising that he'll be an interesting watch all the way to the end, but viewers will have to be the ones who decide if he's as intriguing as he claims. Some Twitter users have remarked on his looks, but most seem focused on his excessive use of the term "bro."

Brett must be close to his loved ones, because not being able to check in with friends or family is what he considers the most difficult part of being sequestered for filming. And despite being so very riveting, he admires past contestants on Big Brother who knew how to lay low. Brett cites his favorite past houseguest as Derrick Levasseur, because "he has a way of gaining control without upsetting people. He also has the ability to stay unnoticed enough so he does not come to mind during conversation or voting."

I plan to go in and establish a minor amount of control initially. Then, immediately pull back from the spotlight. From there, I will rotate face time with every single person in the house. It will have to be handled tastefully. I also plan to lie about my current occupation and life. I want people to think I am just a dumb surfer/model guy. Then, I will slowly plant my seeds of stories throughout the entire house, causing chain reactions that I will have to dynamically calculate on the fly.

He certainly seems prepared, though whether or not his plans will succeed remains to be seen. It looks like keeping an air of mystery about him is the key factor in Brett's Big Brother scheming, so that explains why his socials are nonexistent. You'll just have to tune into the show to figure out who Brett really is.