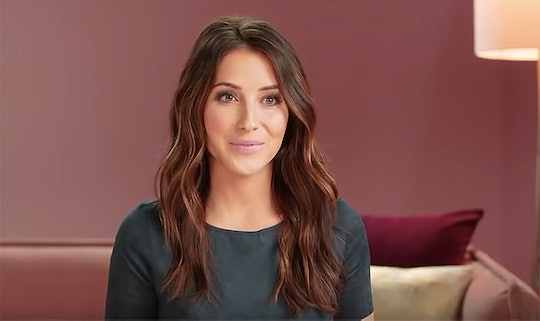 If you know anything about Bristol Palin and her ex, Levi Johnston, you already know they have a rocky and complicated history. This sentiment was clearly evident during a recent Teen Mom OG clip, when Bristol complained to a friend about Levi's financial situation. And given all of the money talk recently, it's fair to wonder what Bristol's ex Levi does for work.

I don't know about you guys, but I'm kind of obsessed with the 2008 presidential election. It was an exciting and hopeful time because President Barack Obama was running, but it was also strange because the late Arizona Sen. John McCain chose former Alaska Governor Sarah Palin as his running mate, an arguably inexperienced politician with many quirks.

In addition to Palin's interesting qualifications, she also brought some family drama to the table via Bristol and Levi. Americans soon learned that the teenage couple were expecting their first child together, and Levi often accompanied Bristol to high-profile events. But after McCain's loss and the birth of their son, Tripp, the pair's relationship imploded.

Following a brief (emphasis on brief) reconciliation, the two got into a long and heated battle about money. A judge ordered Levi to pay $61,915 in unpaid child support following a custody ruling (he was awarded 50/50 custody of Tripp) in May 2016, he denied skipping out on responsibilities. He wrote on Facebook, according to E! News:

Although I do owe some back child support, altogether I have paid $50,000 in child support for Tripp, which is $600 a month, since Tripp's birth so at the end of the day I know I have worked hard to meet my obligations as a father. Despite what some have heard I've always been there for him, and I go to almost every school event that I can and spend all of my free time with my kids. Right now life is really looking up for our family.

It sounds like the exes' money issues haven't gone away, however, because Bristol complained during aTMOG clip about Levi's financial contributions, stating, according to Page Six: "Could you even start paying for these tickets for your son to go visit you?”

Although it's unclear what Levi's bank account looks like, it's confirmed he earns a living as an electrician in Alaska. "Just an electrician & a man who lives for my family & outdoors," the dad's Instagram bio reads.

As for Levi's wife, Sunny Oglesby, she works as a real estate agent.

Translation: the couple live and work out of the limelight. Refreshing, right?

Despite Levi and Sunny's stable employment situation, it seems like there won't be any resolution to their problems with Bristol anytime soon.

“All these trigger points with my ‘baby daddies,’ as Jerry Springer says, it all comes from money,'" Bristol joked, according to Hollywood Life. “And I don’t know what I’m doing wrong to have these terrible relationships with Dakota and with Levi and if there’s something that I can do better, like let me know. ‘Cause it’s not fun having to fight with Dakota and to fight with Levi and it’s all over the petty stuff that’s not going to matter five months from now.”

Sheesh. Fingers crossed that the exes get their financial drama worked out sooner than later.