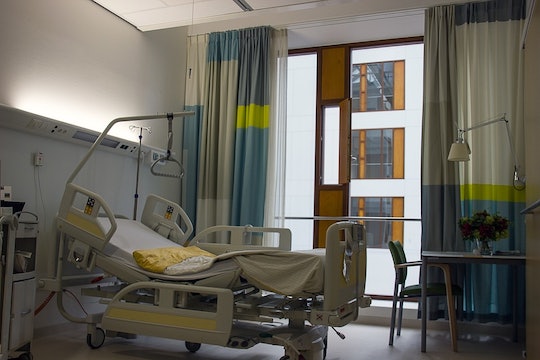 A Superbug Is Spreading Through US Hospitals

A growing number of people have become seriously ill after coming into contact with a multidrug-resistant fungus called Candida auris, with more than 100 cases over the past nine months, according to the Centers for Disease Control and Prevention. The bacteria, which is also being called a superbug, is known to spread in medical facilities and nursing homes with a high mortality rate, primarily affecting those who are already sick. But, what exactly is Candida auris and is the superbug a threat to newborn babies as well, given that it’s known to hang around hospitals?

More Like This
New Report Finds A Known Carcinogen In Popular Sunscreens
Does Your Babysitter Need To Wear A Mask? Here's What The Experts Say
Here’s What We Know About Vaccinated Teens Developing Heart Conditions
Here's Why Jill Duggar Gave Leftover Breastmilk To The Dog

First, let’s understand what Candida auris is and how it can affect us. The superbug is a yeast-like fungus that causes invasive infections with a high death rate of about 57 percent. It can cause infections in the bloodstream, the central nervous system, kidneys, liver, bones, muscles, joints, spleen, or eyes. Someone who has been infected with the pathogen will most likely have been in a hospital and already has a weakened immune system. They may experience fever and chills while receiving an antimicrobial medication and not showing much of a response from said treatment. Other signs can include sepsis, coma, organ failure, and even death.

Coming in contact with Candida auris can be lethal and difficult to treat since it is often multidrug-resistant, meaning that it’s gained an immunity to multiple antifungal drugs commonly used to treat these infections. Fortunately, though, none of the infections that were reported in the United States were resistant to all available treatments, according to CNN.

So is it a threat to babies? Here’s who’s at the highest risk of infection according to the Centers for Disease Control and Prevention:

Among the most recent clinical cases in the United States, the patients' average age was 70 and 55 percent were men, according to CNN. While babies are not the most at risk of an infection, the CDC reported that infections have been found in patients of all ages, from preterm infants to the elderly. Essentially, those who are already sick in a health care facility with lines or tubes going into their bodies — like breathing and feeding tubes — are at risk of infection.

"It seems to affect the sickest of the sick patients, particularly those in hospitals and nursing homes with other medical problems," Sharon Tsay, lead author and an Epidemic Intelligence Service officer at the CDC, told CNN of the recent outbreak.

While public health experts say this bacteria is still relatively rare in the United States, concerned parents can help reduce the risk of infection by frequent hand washing, wearing gloves and masks while in a hospital, covering your nose and mouth if you need to cough, and keeping surfaces in your home clean and disinfected.