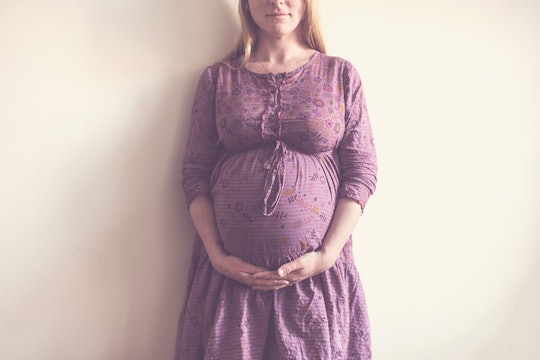 What Is Cervical Mucus & How Does It Affect Your Pregnancy?

Some aspects of getting pregnant are just very . . . real. You have to become comfortable with your body in entirely new ways. I mean, most people would not look forward to monitoring bodily secretions, but many women who are trying to conceive or pregnant certainly do. This, of course, leads to them asking questions like what is cervical mucus anyway, and how does it affect your pregnancy?

According to Parenting, many women who are trying to conceive (TTC) monitor their cervical mucus to keep track of their fertility windows. It turns out there is a lot of information to be gleaned from this otherwise-overlooked bodily byproduct. And even women who are already pregnant can still get valuable health information this way.

Yeah, there is a potential squick factor. And you have to get really accustomed to very visual descriptions of something that many people find gross. But hey, when it comes to your reproductive health, most women are more than willing to endure all kinds of things. And over time, it won’t even bother you any more (although you may never be able to look at egg whites the same way again).

So yes, this information is not for the faint of heart, but mothers-to-be are pretty strong in that regard. After all, you will have to deal with plenty of mucus (and other bodily fluids) once the baby arrives. It’s just part of the process.

According to the American Pregnancy Association, cervical mucus is a fluid secreted by the cervix, which is made by stimulating the estrogen hormone. The APA adds that the amount and quality of cervical mucus that is produced fluctuates during your menstrual cycle, allowing women to predict their most fertile days in your cycle. So what does this mean in a practical sense? You can study it every day to learn more about your cycle and when you're ovulating.

In general, the more mucus is present, the more likely you are to be ovulating. While it may be nonexistent for some phases of your cycle, when you're at your highest fertility, the "mucus is transparent, like raw egg white, stretchy/elastic, liquid, watery, or reddish," according to the UNC School of Medicine. This means it is go time for baby-making.

Why does your mucus change so much when you're most fertile? "At this point, the mucus actually protects the sperm and helps it in its journey toward the egg," as WebMD explained. This thicker mucus provides the sperm with better transportation.

Even when you're already pregnant, it may be a good idea to keep monitoring your cervical mucus. First of all, don't panic if there seems to be a lot of it. As the National Health Services explained, you're likely to have more cervical mucus and general discharge during pregnancy because "the cervix and vaginal walls get softer, and discharge increases to help prevent any infections traveling up from the vagina to the womb." So having an increased amount of mucus is totally normal; it's just one of the many fun aspects of pregnancy that no one warns you about ahead of time.

If your discharge gets very thick and starts to resemble cottage cheese, then you may have a yeast infection. This is also super typical, according to the Mayo Clinic, which notes that "yeast infections are especially common during pregnancy because hormone changes can disrupt the pH balance of the vagina." You'll probably want to check in with your doctor before pursuing any treatment.

Lastly, cervical mucus might provide you with the very first sign of impending labor. "Throughout pregnancy, a mucus plug blocks the opening of the cervix to prevent bacteria from entering the uterus," according to the APA. "Before labor, this mucus plug is expelled allowing the baby to pass through the cervix during labor and birth." Also known as the "bloody show," this mucus is often stringy and streaked with blood. Once this shows up, then you know a baby will arrive soon after.