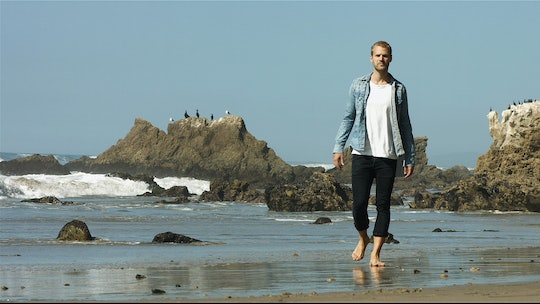 Charlie Goldsmith's Career Extends Far Beyond Being 'The Healer'

If you've watched TLC's new show The Healer, you've likely been pretty impressed with Charlie Goldsmith's energy healing skills and want to know more about the guy with the magic touch. For example, Charlie Goldsmith's net worth is something many fans are bound to be curious about. Surely his line of his business has been lucrative, right? Not exactly.

Goldsmith has only been practicing his energy healing publicly for a few years and as of now, he reportedly doesn't charge for his work. For Goldsmith, the real mission is legitimizing energy healing within the medial community and elsewhere. According to Elle, he discovered his energy healing powers when he was just 18 years old, but the Australian has had other successful business ventures as well, because a person has to make money somehow, right?

After learning of his healing abilities, Charlie started a marketing company called Cassette by teaching himself Photoshop and making brochures for friends' parties and small businesses. Now his company boasts high profile clients in Melbourne, Sydney, and Hong Kong such as Nike, Topshop, and other Australian companies.

He also created Celebrate Health, which he told Elle generates about $6 million in annual sales, though he sold it in 2014. He also launched Pumpy Jackson, a chocolate company, in 2015. So while energy healing is his calling, he has some fallback plans.

As you can tell by his resume, Goldsmith doesn't necessarily need to do energy healing with all of his other businesses. He believes his healing "powers" are legitimate and should be recognized by the medical community, which is one of the only reasons he's reportedly signed onto the reality show.

He told the Daily Telegraph in an interview, "When I was approached by TLC in America I decided to do it. It's a great compliment to what I do and also a wonderful chance to show people what's possible." Goldsmith added:

Being on a television show wasn’t really ever part of my plan, most of my interest is in working with doctors and doing studies. I thought that if someone asked, I might participate in a one-off documentary but a full documentary series wasn’t something that I had ever imagined.

Because the one thing holding back energy healing is skepticism. Goldsmith told Elle that he tried for 15 years to spread the word through his patients. Since he didn't charge, Goldsmith would ask them to share their story with doctors or researchers they knew when they asked how they could repay him for his work. Goldsmith explained:

I expected people would go, 'Wow, this is amazing!' But instead what I got were blank stares. I realized I was like a black musician in the 1930s trying to get a record company to listen to my music, and all the executives were saying, 'No one wants to hear your songs.' It suddenly clicked that if people heard me singing on the corner, then maybe a record company would be interested.

As reported in Elle, Goldsmith can't heal everyone, but he can heal people who are skeptical at first. However, there are about 2 in every 10 patients that just don't take to it, though he doesn't know why. He can't heal himself or do anything for your cold in the winter. But he has treated the side effects of cancer, allergies, herpes outbreaks, and infections. Not to mention all sorts of people with chronic pain, which is what some of the first episodes of his TLC show focus on.

Goldsmith has participated in a few studies at New York University's Lutheran Hospital, where he would offer his services and impress patients. Dr. Ramsey Joudeh, a doctor involved in the study, said in a testimonial on Goldsmith's website, "You could see the shift in a patient’s status from stagnant to a rapid healing resolution. I can’t quantify it, but I would say Charlie cut days off patients’ hospital stays. Watching him work has been humbling in the most extreme way.”

Hey, if something works, it works, right? And if it doesn't cost anything out of pocket, all the better.