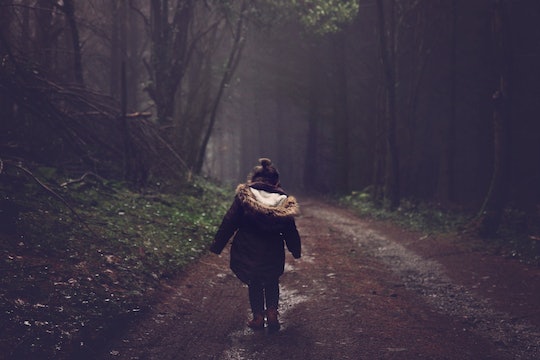 What Is "Childhood Alzheimer’s"?

A toddler with a rare genetic disease doctors sometimes refer to as "Childhood Alzheimer's" has become the youngest person to receive an experimental treatment for the condition. While it hasn't been approved by the FDA yet, it was approved for "compassionate use" in the 18-month-old, because of the severity — and rarity — of her disease. What is "Childhood Alzheimer's"? The rare genetic disease is believed to affect 1 in 150,000 live births in the U.S., but it's frequently undiagnosed or misdiagnosed, so the exact number of cases is unknown.

Marian McGlocklin and her parents have traveled from their home in California to Chicago's Rush University Medical Center so the toddler can receive a new drug treatment that doctors hope could help extend her life, according to Chicago's local CBS affiliate. The child was diagnosed with a disease called Neimann-Pick Type C (sometimes called Childhood Alzheimer's) after months of testing that began when she was 9 months old. It was at that age her pediatrician noticed she didn't seem to have much muscle mass in her legs, her parents told Redbook. The tests — including DNA sequencing — ultimately led doctors to diagnose her with Neimann-Pick.

The disease is one of several "storage disorders" where the body can't store or transport important substances the body needs in order to function. In the case of Neimann-Pick, the body can't transport cholesterol and other fatty substances (called lipids) to the cells where they're needed, and therefore they build up in various parts of the body and cause problems. In Neimann-Pick, the build up can happen in the brain and cause neurological symptoms. There are several different types of the disease, all of which have different symptoms, levels of severity, and can come on at various ages. The type Marian has, type C, often causes neurological symptoms that come on gradually and progressively get worse, which is why many scientists and physicians have started referring to it as Childhood Alzheimer's (although, Neimann-Pick isn't in any way related to Alzheimer's Disease), according to The National Organization for Rare Diseases.

Not every patient with Neimann-Pick will have the same symptoms, or start showing symptoms of the disease at the same time. Sometimes, a baby born with the disease will be very sick right away, whereas others won't start showing symptoms until mid-childhood — though the latter is more common, according to U.S. National Library of Medicine. As with other lipid storage diseases, symptoms in children with Neimann-Pick will progressively worsen as more cholesterol builds up in their organs and tissues. They may have seizures, dementia, become unable to speak or swallow, and have trouble with movement and coordination, which may rob them of their ability to walk, according to the Mayo Clinic.

While there are experimental drug treatments like what Marian is getting in Chicago, there are no FDA-approved treatments for Neimann-Pick, nor is there a cure. While some forms of the disease are almost always fatal during toddlerhood, there are some patients who live well into adulthood. That being said, the outcome for every patient with Neimann-Pick is different; even two children in the same family with the disease could have different types, different symptoms, and a different prognosis, according to the National Neimann-Pick Foundation. For patients who have type C like Marian, life expectancy is generally into the teen years or young adulthood, according to the Neimann-Pick Children's Fund. But with advances in medical science, drug trials, and an increased awareness, it's impossible to say what developments may be on the horizon that could not just better treat the disease, but perhaps even cure it.

Marian's family has a Go Fund Me page to help raise the $150,000 needed to cover the costs of treatment, which includes flying to Chicago every two weeks for the drug treatment and help with Marian's older sister, 4-year-old Emily. In the last month, they've raised more than $60,000.