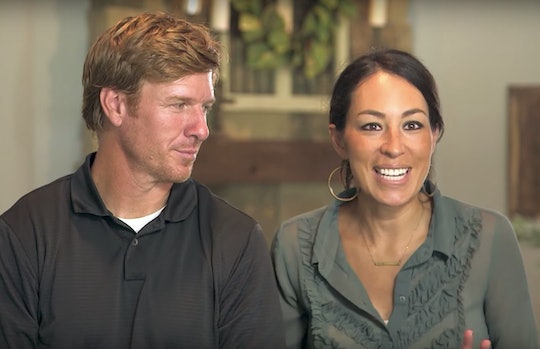 What Is Chip & Joanna Gaines Net Worth?

While HGTV's home improvement reality show Fixer Upper might be on summer hiatus, fans are definitely still plugged in to what's going on with Chip and Joanna Gaines — the show's much beloved, if sometimes beleaguered husband and wife hosting duo. What is Chip and Joanna Gaines net worth? Before they became HGTV reality stars on Fixer Upper four years ago, they were — and still are — successful small business owners in their hometown of Waco, Texas. Of course, having a widely popular nationally broadcast cable TV show certainly helps line their pockets, too.

Among Chip and Jo's many ventures are Magnolia Silos, a trio of chic home goods boutiques both in Waco and online; Magnolia Homes, their high end home renovation business; and even Magnolia Realty, their very own real estate agency selling homes in the hot cities of east Texas: Dallas, Austin, and San Antonio.

So with all of their bustling businesses in Texas, along with a reported $30,000 per episode of Fixer Upper, just how much are the Gaines worth?

According to website RealityStarsNetWorth.com, Chip and Jo Gaines are worth over $5 million together. Not a bad sum, especially considering their brand empire that is "Magnolia." In addition to their brick and mortar stores, home reno, and realty businesses, they also produce a quarterly home improvement magazine, Magnolia Journal, which reportedly boasts as many as 700,000 paying subscribers at $20 per year.

Oh, and did I mention their $695 a night minimum at The Magnolia House, their exclusive vacation rental in Waco? Or the fact that it's currently booked through the rest of 2017? Or how about their own line of premium interior paints, which sell for around $46 a gallon? But wait, you have cabinets and furniture you need to paint as well, you say? Don't worry: The Gaines have you covered there, too.

But wait — there's more! Joanna Gaines is getting her own Fixer Upper spinoff show on HGTV, too — Fixer Upper: Behind the Design. The spin off series will air concurrently with the fifth season of Fixer Upper, scheduled to air later this year.

So, when all is said and done, the Gaines and their four children certainly aren't hurting for cash — and even in the wake of their ties to an anti-gay pastor that put the LGBTQ community in an uproar late last year. (The couple later affirmed their support for fans regardless of sexual orientation.) Their marriage and business ventures have appeared to thrive despite the controversy. Looks like they're putting in the work on fixing up their public image, too.

More Like This
New Barney Docuseries Will Dive Into The Dark Side Of The Beloved '90s Kids' Show
Every State’s Favorite Halloween Movie For Kids In 2022
You Can Stay At A ‘Hocus Pocus’ House On Airbnb — And It’s In Salem!
Khloé Kardashian Reveals Tristan Thompson Proposed To Her Last Year & Why She Said No