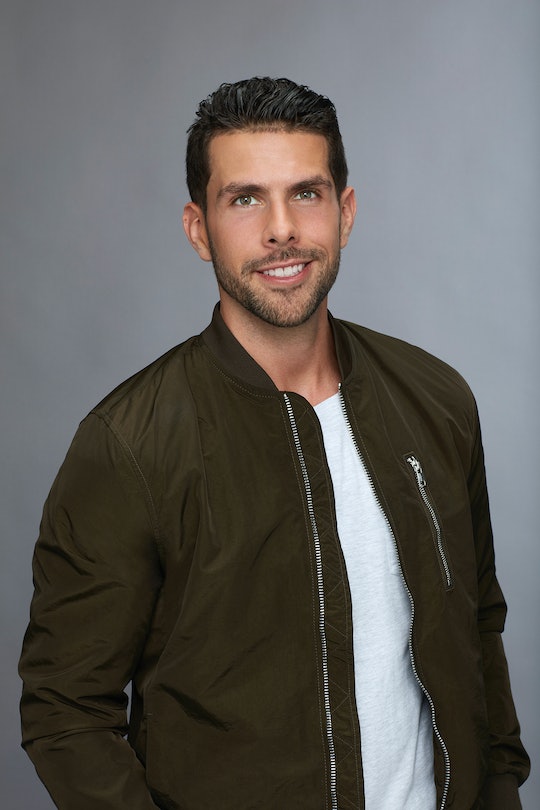 Chris' Days On 'The Bachelorette' May Be Numbered

There are some contestants fans know are there for "drama," and then there are those that could be straight-up harmful. In the last episode, Chris said some very problematic things I thought would get him sent home. What is Chris doing after The Bachelorette? I wrote him off after last Monday, but Becca gave him a second chance.

At first, Chris seemed to fly under the radar on the show. In his one-on-one date he had to write lyrics about how much he loved Becca. This was a huge task, considering it was their first date. But despite some rough patches, Chris seemed to handle it in stride and Becca awarded him the rose at the end.

On the Wayne Newton group date, however? Chris acted like a complete child. He killed his performance, but was pissed off he didn't get the group date rose (that went to my fave, Blake, instead). That wasn't the worst of it, though. Chris threatened to go home, saying Becca would regret it. This is a classic case of someone on The Bachelorette not understanding how The Bachelorette works. She wouldn't miss you, buddy! She has other men practically falling over for her!

Chris's entitlement didn't even stop there, though. During that episode's cocktail party, he believed he hadn't had enough time with Becca and told her she "owed him 50,000 kisses." Which, just, no. Becca didn't fall for this behavior. Chris was left feeling like Becca was upset (which she was), so he interrupted Wills's time with her, thus digging himself into an even deeper hole. Wills graciously did not start a fight, but told Chris he could have two minutes. When those two minutes was up, Wills came back. Chris wasn't having it, but Becca was, so Chris had to finally let it go.

I thought for sure Chris would be the one to go home that night, but Becca shocked me. Instead, she sent home John, one of the inventora of Venmo! And Chris stayed. This is like Grocery Store Joe all over again:

So Chris sees another episode, but since filming is over, what is he doing now? According to his ABC biography, Chris is a 30-year-old sales trainer from Orlando, Florida.

"Originally from New York, Chris has embraced the sunny Florida life since he was a kid," his bio states. "Chris studied Health Service Administration at the University of Central Florida and is extremely passionate about fitness and health. He comes from a family of successful entrepreneurs that retired in their 40s, and he's determined to do the same!" Wow. In addition to retiring in their 40s, Bachelor Nation learned on Chris's 1-on-1 date that he has a strained relationship with his dad.

Even though he's still on the show, I don't think Chris will make it to the final rose. He could go on Bachelor in Paradise, but that is not officially announced — and won't be until he leaves the show, if he's going on at all. I also don't think he's a great contender for Bachelor, seeing as he seems to be taking over the "villain" role from Jordan.

Chris hasn't updated his Instagram since June 1, but it gives some hints about what he's been up to (besides promoting the show). He's been celebrating Mother's Day, going out and about with his dog, and brunching with his friends. Whether he'll continue with the franchise in some sort of spinoff capacity is yet to be seen, but unless he redeems himself in the next episode I'm not interested. And I still want justice for Venmo John.