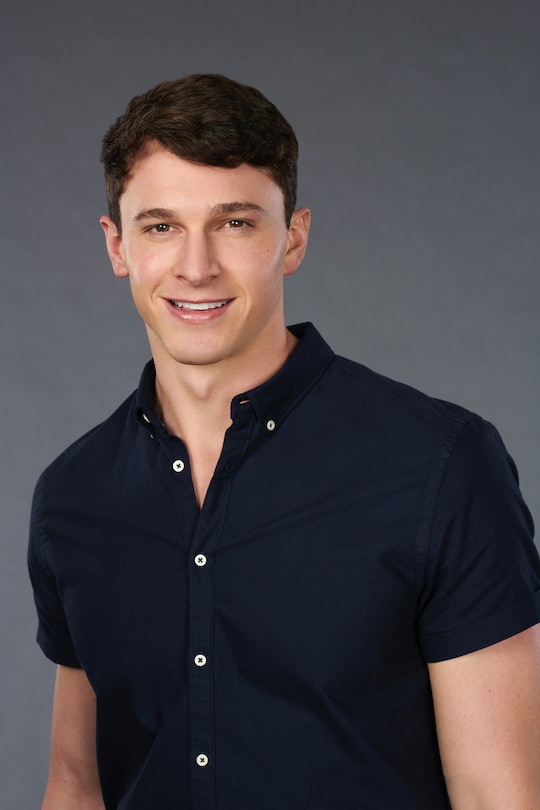 Take A Peek At This 'Bachelorette' Contestant's Instagram & Prepare To Weep

Hannah's already feeling all the feels when it comes to her doting contestants, but The Bachelorette is handling it pretty well. With so many men to ogle — I mean, "get to know" — a lot has to happen to find love in a short amount of time. Among the men competing for the win (love and stuff), Connor S. seems to be of the mind that traveling is good for the soul, or whatever. To see some of his awe-inspiring photos, you need to know what Connor S.'s Instagram is. The Bachelorette contestant knows how to get the perfect shots. Prepare to salivate over the views, my friends.

More Like This
Adele Shares New, Never-Before-Seen Photos Of Herself Looking So Happy On Her Birthday
Everything There Is To Know About The Friends Reunion
The Great-Granddaughter Of Alice In Wonderland Is Getting Her Own Show
Peppa Pig Is Going Camping In A New Live Show & You’re Invited!

It's a good thing I'm here, because Connor's Instagram handle isn't one you might guess. Listed as "consaelaway," Connor Saeli has a page full of "OMG" pictures, and I'm not just talking about the dude's rockin' abs (side note: is that an 8-pack?). If you wander over and scroll through his feed, Connor posts a lot of adventurous pictures. There's a sweet one of Connor in the Dominican Republic along the sandy beaches, a Utah ski resort with fresh powder, and standing in front of the majestic Agaete, Gran Canaria mountains, without a care in the world. Um, can I join? Maybe I should've warned you that poking around through his profile will give you a serious case of wanderlust. Grab your notebook and write these places down ASAP.

It's not a jump to assume Hannah would be down for traveling alongside Connor (should he ask). There are even a couple pics showing him manning an airplane, so watch out, Pilot Peter. If the whole "I want to start a family, and travel, and I'm pretty tall, sweet, and good looking" thing isn't Hannah's cup of tea after all, I'm sure Connor will have no trouble finding his mate — especially after all the single ladies scan through his Insta-feed. If you go all the way back to the first post from 2014, you'll see a baby-faced Connor at the NCAA Slam Dunk contest with now NBA basketball player, Walt Lemon Jr. Since Hannah competed for former NFL player Colton Underwood's heart, she might be interested in any pro-athlete connections. Just sayin'.

OK, so maybe abs and scenery aren't enough to build a sustainable relationship on, but with the way The Bachelorette works, it's a solid start. There's only so much time each contestant has to impress their leading lady, and the clock is ticking. If I were Connor, I'd use all of Instagram — and the cool places I've been — to my advantage. Especially the shirtless pictures. I mean, why would you ever cover those abs, Connor?