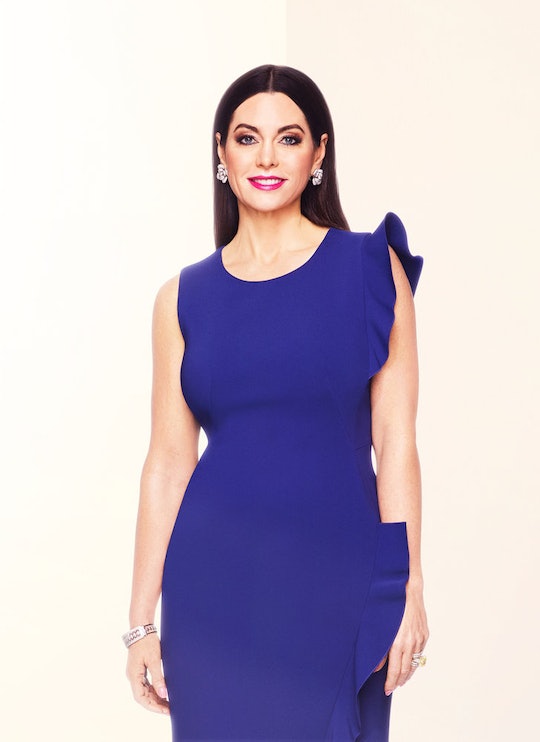 D'Andra Simmons From 'RHOD' Has A Texas-Sized Bank Account

The Dallas contingent of the Real Housewives franchise was renewed for a second season, and has added two new 'Wives to the fold, including one described as a "crown jewel" of the Dallas social scene, which makes me wonder what that position goes for these days. What is D'Andra Simmons' net worth on Real Housewives of Dallas? Let's just say she's keeping up with the other ladies just fine.

I don't know about the rest of the world, but one of the reasons I enjoy the Real Housewives so much is that I get to feel simultaneously envious of the stars' obscene wealth, and superior in the fact that I would never behave so bizarrely with my friends. (At least I like to think that I wouldn't.) Like most Housewives, D'Andra has a lot of money. But how much money, you may ask? I may not know the exact amount, but I can make a pretty good guess.

According to What Net Worth, which is not always completely accurate, D'Andra has about $3 million sitting in her bank account right now. It's not the astronomical sum that some of the ladies can boast, but it is still $3 million more than what I have in my bank account, and the last person to call me a crown jewel was my grandmother.

At least some of D'Andra's fortune seems to have been inherited, as she declares in her Bravo bio that she comes from a wealthy family with a famous name. However she is also the CEO of her own skincare company called Hard Night Good Morning, which sounds like exactly the sort of thing I need in my life. I don't know if the products work, but I am sold by the name. The company website promises, "... whether you are a CEO who has spent all night prepping for tomorrow’s big meeting, a mom calming a crying baby, a party hopping socialite or all of the above, your answer to radiant and beautiful skin is simple." The products are cruelty-free, aloe vera based, and vegan. If this company is doing as well as it appears to be, then D'Andra is probably more self-made than she makes it sound.

D'Andra's husband is also successful. Jeremy Lock is a photojournalist, and was named the Military Photographer of the Year seven times. Together, the couple have amassed quite the comfortable little life for themselves, living in the "Beverly Hills of Dallas" and apparently running the social scene. This position probably means frequent run-ins with society girl LeeAnn Locken, so I can't wait to see how the two of them butt heads.