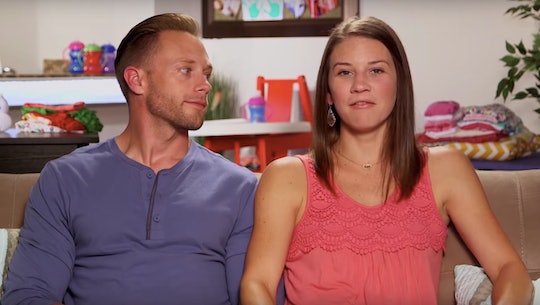 There are few things the world loves more than tuning in to watch how exceptional families learn to live and thrive in a world that wasn't necessarily built for them. Over the past two seasons of their TLC show OutDaughtered, the Busby family has shared how they make it work as a family of eight: two parents, one 7-year-old, and five quintuplet 3-year-olds who happen to be the only all-girl set of quints in the United States. Fans who can't get enough of the family on TV may be wondering: What is Danielle and Adam Busby's Instagram? As it turns out, the family has multiple accounts.

The family's Instagram account is @itsabuzzworld. However, Adam's account is @adambuzz and Danielle's is @dbusby. Though the couple posts photos of their lives and adventures with their daughters on all three of the feeds, no one account is particularly more popular than another, so you can't go wrong.

But before the couple found themselves trying to navigate life with a super sized family, they were just like any other couple finding their way in life. In an interview with Town and Country, the couple opened up about how they met. Adam and Danielle both worked at a Target store in Louisiana. One day, Adam got the nerve to approach Danielle, and his first words to her were: "Hey beautiful."

In the same interview, Danielle cited Adam's love of kids as being one of the main reasons she was so drawn to her future husband.

"I started to fall in love with him when I realized how much joy he had for kids, just like I did," she said. Adam proposed to her on Christmas Eve, two and a half years after they first met. "He was so nervous and acting so strange and he was getting on my nerves because he was acting so weird. Little did I know, he was getting down on one knee at that moment," she explained. "Complete shock to me!"

They probably didn't imagine then that their mutual "love" for kids would translate to so many babies at once, but Adam and Danielle have seem to hit their stride.

The couple told TLC that one of the biggest secrets to their sanity is maintaining a strict schedule. "The biggest thing that we have understood from raising Blayke was that keeping her on a schedule was key!" Danielle said. "Blayke slept through the night at 10 weeks old, eats just about anything (even to this day), and she is all around a happy child. Naturally, we knew that a schedule would be our best shot at raising quintuplets."

But of course, life with such a big brood doesn't come without its share of challenges and adjustments.

In an interview with People, Adam and Danielle opened up about how they manage their finances, and how they provide for all of their kids. “We budget and we do what we can to make ends meet and make it work,” Danielle said. “The biggest part of it all is that no matter what we come across, God has always provided, no matter what the situation. I feel like that’s kind of his working in this story that we’re living and sharing. He’s protecting and guiding us and providing… and that’s how we’ve done it!”

Adam added that he can sometimes feel like it's "all on his shoulders" as he's the sole provider for the family (Danielle stopped working to take care of the kids) but they've managed to figure it out regardless. Whatever this family sets their mind to, they accomplish. Fortunately, there are many ways to keep up with all of their adventures, both on TV and on social media.