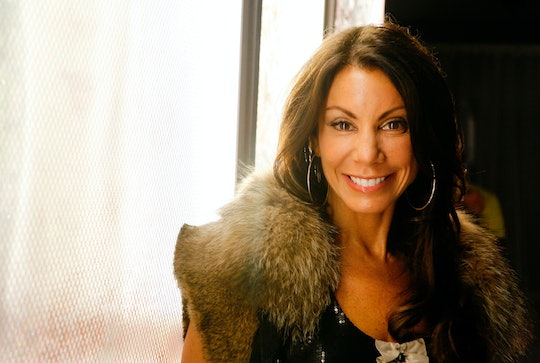 It's going to be a wild season of the Real Housewives Of New Jersey, if only because Danielle Staub is back to cause trouble. It'll be nice to catch up with the controversial RHONJ staple and see how life has been treating her since leaving the show. So what is Danielle Staub's net worth now that she's been out of the limelight?

Last we saw of her, Danielle's main line of work revolved being the star of the show and Teresa Giudice's life-long frenemy. She's published a memoir, called The Naked Truth, and exposed her past lives as a dancer at a strip club and the girlfriend of a pretty big cocaine dealer. Aside from RHONJ, she was a model when she was younger and acted in one episode of All My Children. So she likely has quite a bit of money built up. Just how much though is up for speculation.

According to TheRichest, Danielle's net worth is somewhere around the $3 million mark, which sounds likely, even just from starring on the show and book royalties. It's not like Danielle left without anyone noticing at all — the scene from the Season 1 finale in which Teresa flips a table on her is one of the most iconic Real Housewives moments. Like, ever. So she's a good catch for the network. Then again, she's had some legal and financial trouble.

According to CelebrityNetWorth, Danielle is $1 million in debt. In June 2012, she filed for Chapter 7 bankruptcy protection and wrote down that she was in debt for anywhere between $500,000 and $1 million. But anything could be the truth. Danielle really is a woman of many mysteries.

On the show, she doesn't have a career she talks about so I'm not sure how much money she's bringing in and from where. She did just get engaged to Matt Caffrey in May and the proposal was allegedly caught on the RHONJ cameras, so viewers might get to know her hubby this time around, too.

It really seems like Danielle is a changed woman this season. After leaving the show in 2010 she seemed adamant that she would never come back or forgive Teresa. Or even the network. "I think that it just became a really big mean girls circle, and it was time for me to say, 'I respect myself too much for this,'" Danielle said in an interview with Entertainment Weekly back in 2010, adding:

Leaving The Real Housewives is actually the best thing I could ever do. [It’s] a peaceful ending for me, and I’m ready to start anew. It was a great platform to me, and now it’s time for me to hit my next mark, which is to let the TV world have a fair portrayal of me. I’m going to get my own show. There’s many options on the table for that, and I’m looking into them.

At the time, she was planning on a spin-off or her own solo show, but that never happened. Staub did appear on the VH1 show Famous Food, which she ended up winning. The prize was to open her own restaurant, which she did, until it closed just five months later. Since opening it was part of her prize package, she hopefully didn't lose too much of her own cash in the business. It just didn't work out.

But whether she has millions in the bank or just a few pennies, Danielle is always a star. And a hardworking one at that.