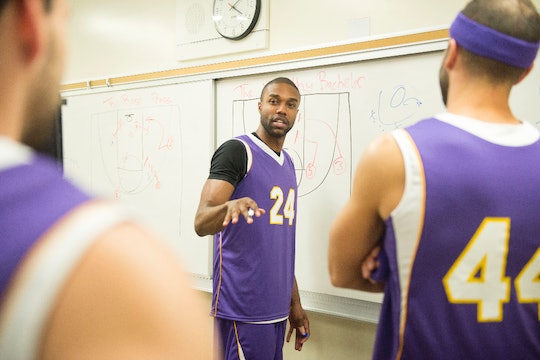 DeMario Made A Bold Move On 'The Bachelorette'

This season of The Bachelorette wasted no time getting to the drama. On Monday, just the second episode, DeMario's ex-girlfriend showed up during a group date to let Rachel know he's not here for the right reasons. He claimed he wanted to be there, which she agreed with, but he wasn't there for her. After Lexi showed Rachel messages between them, she decided she wasn't taking any of that: she sent DeMario home on the spot. Since Lexi apparently "assassinated his character," what is DeMario doing now after The Bachelorette? He didn't go without a fight.

At first, it actually seemed like DeMario could've been a frontrunner. He was actually the first contestant Rachel met back on After the Final Rose. He had an engagement ring and two tickets to Vegas so they could just elope. In the house, too, he was pretty confident — and Rachel was feeling him, especially during the basketball group date. When Lexi showed up, though, that all came crashing down. Lexi, his ex-girlfriend, claimed that while they were dating, DeMario disappeared for a couple days and showed up on After the Final Rose. DeMario said they were "on again, off again," but Rachel was able to sniff out the truth. DeMario's intentions were actually foreshadowed by Whitney in the premiere, who warned her he might not be here for her.

At the end of Monday's episode, DeMario returned to the mansion despite Rachel kicking him out. While the exact events will be revealed next week, it's safe to say DeMario does not make it that far on the show. So, what has he been up to since?

According to his ABC bio, the 30-year-old works as an executive recruiter. He has the fact that he's on the show on his Twitter and Instagram accounts — and even tells people to watch — but there's not much else there. From the looks of it, it seems that DeMario's living his life in Los Angeles as per usual, which makes sense, seeing as he was recruited from the show just by being spotted at Chipotle. Given DeMario's confidence — and shamelessness — he may be a good contender for Bachelor in Paradise later this summer. Whatever the case, Bachelor Nation will have to keep an eye out for whatever he does next.