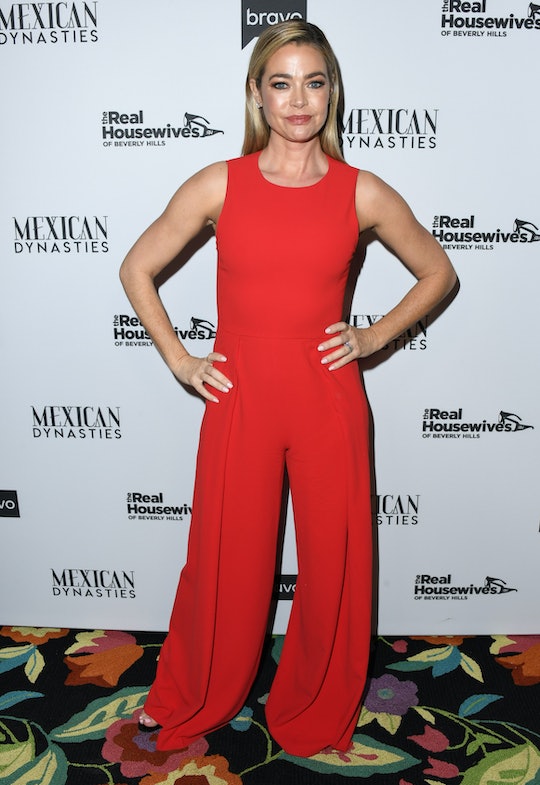 Before her forays into reality TV, you might have known one version of Denise Richards, an impression comprised of tabloid fodder and her onscreen persona. The Real Housewives of Beverly Hills offers another side to her. But her social media offers yet another, showing fans a curated version of her everyday life away from TV or movies. But what is Denise Richards' Instagram?

Denise's Instagram username is just her name, because she's enough of an icon at this point to have dibs on it (apologies to all the other Denise Richards out there). Her bio is free from the typical descriptions or emojis, but she does provide a link to her memoir with Simon & Schuster, The Real Girl Next Door. Published in 2012, the book tells Denise's story from the start in her own words. For those interested in a deep dive into all things Denise, it's probably a good place to start.

But fans can also get a good sense of Denise's personality from her Instagram. She shares snaps of her family, promotes key clips from RHOBH, and even provides adorable animal pictures. There's basically something for everyone. You may have come looking for behind the scenes tidbits, but you'll stay for the cute koalas.

Denise has three children: daughters Lola and Sam with ex Charlie Sheen, as well as her adopted daughter Eloise. She recently married Aaron Phypers in a surprisingly quick ceremony that was captured for RHOBH. All of the most important people in her life have a regular presence on her Instagram. Her most recent picture, a plane selfie taken on her way to film something on location, celebrates the fact that she could bring Lola along with her. (As for what Denise may be filming, her IMDB lists a host of upcoming projects, with Timecrafters: The Treasure of Pirate's Cove currently filming and Amazon Lost in pre-production.)

The next photo was of Aaron practicing his braiding technique with Eloise (with three stepdaughters, he's going to need to be able to bust out a perfect French braid at a moment's notice, obviously). The third is just Aaron sleeping in bed like a Harlequin romance novel cover, captioned with the hashtags "#partnerincrime #soulmate #husband." Those first three pictures are typical of Denise's entire 'gram: a mix of work, family, and reminders that, oh yeah, she's Denise Richards.

Personally, my favorite Denise Instagram post has to go to the short video of a koala from the Wild Life Conversation Fund. As if koalas weren't delightful enough on their own, Denise set the video to Kim Carnes' "Bette Davis Eyes," presumably to fully express the koala's charm and her subsequent devotion to it. The comedy! The cuteness!

There are also some classic Instagram moments to be found too, like envy-inducing makeup looks and throwback photos of Denise and her younger sister Michelle. Denise's social media presents a life fairly similar to the one that viewers see on RHOBH, with a mix of glamour and (relative) normalcy that seems to be her chosen brand.