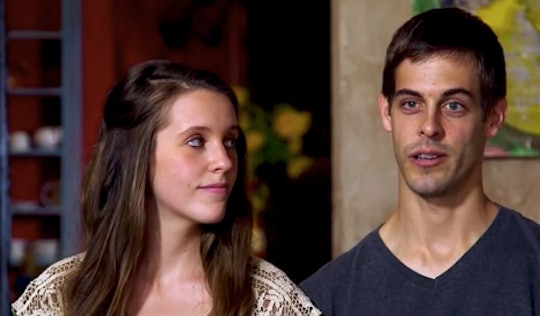 Derick Dillard Is Raising Money For His Missionary Work Again, & People Are Not Happy

For only being a "Duggar" by marriage, Jill's husband Derick Dillard sure has been popping up in headlines a lot lately. Between his transphobic tweets targeting teen Jazz Jennings, to TLC announcing he will no longer be featured on Counting On, Dillard is the root of much controversy for the famous family. Now — after essentially getting booted from the show — the father of two is asking fans to donate toward his missionary endeavors. But what is Derick Dillard's missionary work, anyway? Because Twitter is seriously pissed that he's asking for money again.

On Saturday, Dillard tweeted a link to his GoFundMe campaign, also noting that he's "raising money for CCSM-Missions-Derick Dillard." If you click on the link, the campaign's description tells you about what the money will be used for. Except, it doesn't really. "BIG NEWS! I am currently serving through a program at my home church, called the Cross Church School of Ministry! I am so excited about this incredible opportunity for further ministry development, and I would like to invite you to share in this excitement with me," the description reads. It continues:

I started a fundraiser on gofundme to raise the funding I need for various missions opportunities I will have throughout the year. I have a donations goal of $10,000. This will enable me to fulfill my specific calling to ministry this year, including trips for Gospel-advancement and humanitarian work in Northwest Arkansas, North America, and abroad. The Cross Church School of Ministry is a one-year, ministry, residency experience that I believe will be a key asset in not only my vocational ministry, but also in my personal development. Every donation is important and will enable me to be present and help others in need. Would you kindly consider making a donation? Also, I would appreciate your willingness to share this with others who may want to partner with me. Anything raised beyond my goal will go to help other students in the Cross Church School of Ministry program. Thank you so much for being a part of my life and helping me be a small part of something so big, that transcends time and space, the advancement of the good news of Jesus Christ! 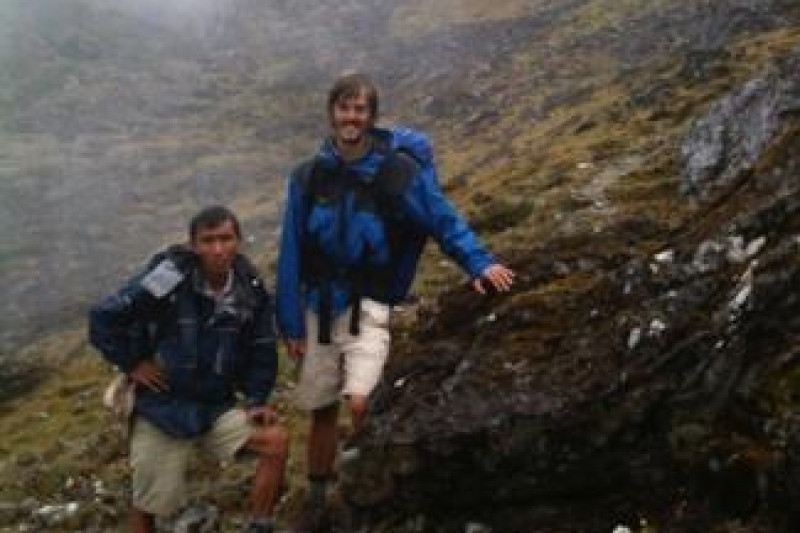 Uh, so what, exactly is he raising money for again?

According to the Cross Church School of Ministry website, a typical residency program costs $12,000 — however, a reduced price of $10,000 is offered for those who don't need housing from Cross Church. Considering he's married with two kids, it would make sense the latter is what Dillard is raising money for. The website explains this 10-grand will go toward: One international mission trip, two North American mission trips, program fees, tuition, ministry mentoring, and customized ministry tracking.

As far as Dillard's previous missionary work is concerned, People reported that Jill and Derrick spent two years in Central America (on and off) in the mission field. Before embarking on their trip, however, Derick created a non-profit called Dillard Family Ministries. The Dillards ultimately offered donors the option of refunds in light of the revelation that they weren't actual licensed missionaries — and therefore there was no accountability for where the money was actually going. Inquisitir reported that Jill Duggar and Derick Dillard were rejected as missionaries by the Southern Baptist Convention (SBC) and the International Mission Board (IMB) for lack of qualifications. In order to be a funded missionary of the SBC and IMB, a person must have a bachelor's degree from an accredited university and between 20 and 30 graduate hours of designated coursework. Dillard having only a degree in accounting decidedly falls short of these requirements.

Dillard did not immediately respond to Romper’s request for comment.

Since it's pretty doubtful that Dillard was running an ordained ministry, it makes sense for fans to be suspicious of more fundraising. As recently as August, Dillard tried to solicit donations for Dillard Family Ministries through the website Pure Charity. The fundraiser was soon shut down because it allegedly violated the site's terms of use. According to The Christian Post, Dillard asked supporters to help him fulfill "various missions opportunities … including trips for Gospel-advancement and humanitarian work in Northwest Arkansas, North America, and abroad."

Let's just says Twitter had a lot of feelings about Dillard's most recent request for donations. "Derick, however well-meaning, this does not make you look good," one user pointed out. "The key issue for many people is accountability. As an accountant, you really should know that. People who donate deserve to know where and what the money is spent on. Not doing so looks bad."

"Why do you have such an aversion to getting a job?" another Twitter user asked. "Jill needs a job too. I don't buy that women have to stay home because men are superior. Would it really 'crush your spirit' as Michelle says."

Other Twitter users decided that donating money was a good idea — just toward more worthy causes like Planned Parenthood. Or a nonprofit improving lives of LGTBQ+ folks.

Despite all of the red flags, so far the campaign has managed to collect nearly $3,000 toward its $10,000 goal. Which isn't much considering Dillard has 124,000 followers on Twitter. But still. At this point, Dillard might want to explore other avenues to fund his upcoming missionary work, or maybe he could work on the qualifications to become a legitimate IMB and SBC-funded, ordained missionary.