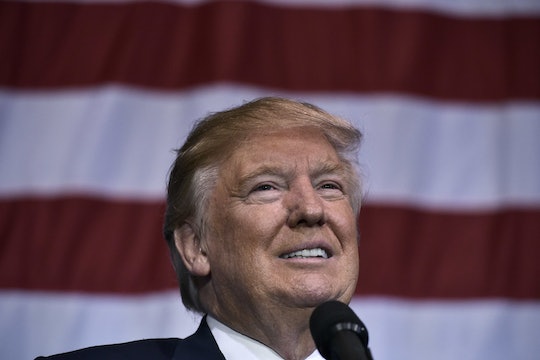 What Is Donald Trump's Stance On Late Term Abortion? His Claims Are Misleading

I think it is terrible. If you go with what Hillary is saying, in the ninth month, you can take the baby and rip the baby out of the womb of the mother just prior to the birth of the baby.

According to The Washington Post, doctors do not perform late term abortions anytime past 24 weeks of pregnancy. Instead, they induce labor or conduct an emergency C-section during that time if the mother or the baby is at risk. Furthermore, it is very rare for women to have late term abortions, if at all — according to the most recent statistics from the Centers for Disease Control and Prevention, fewer than 1.3 percent of abortions happen after 21 weeks or late in the second trimester — this is compared to 91 percent of abortions that happen before 13 weeks of pregnancy.

Trump's stance on abortion is not exactly direct. Throughout his time as a politician, Trump has gone back and forth as to when it is (or isn't) acceptable for women to get abortions. Most recently, Trump has been vehemently against abortion (along with his very conservative running mate Mike Pence). According to The Hill, last month Trump vowed to defund Planned Parenthood and ban abortions past 20 weeks.

Trump has made it very clear the he is very much against late term abortion. However, it seems as if he might need to figure out what procedures are used during late term abortions and how rare they are, first.