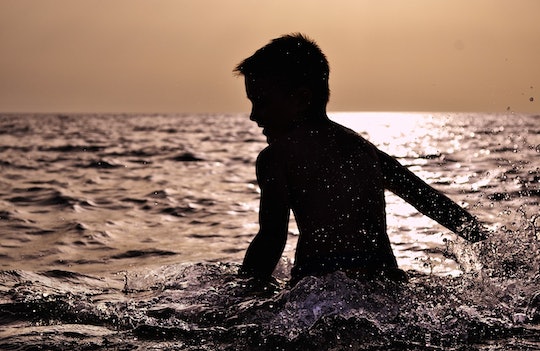 Look, there's no shortage of bad news these days. But, sometimes, through the sadness, a little good shines through, in the form of those who care about the rest of humanity enough to reach out and prevent what happened to them from happening to anyone else. And that's exactly what one Texas family is trying to do following the tragic death of their son, due to dry-drowning. But, what is dry-drowning? The 4-year-old's family is warning parents of the symptoms following his death, and what they have to say is incredibly important.

Francisco “Frankie” Delgado Jr. was nowhere near a pool or ocean when his parents called 911 after they realized the boy had stopped breathing. A few days after the family took a trip to a local beach, Frankie starting showing symptoms of "a stomach bug for several days, including vomiting and diarrhea." However, Frankie's parents didn't think much of it, as they left the beach with seemingly no complications. Then one day, his father said, "Out of nowhere, he just woke up. He said, ‘ahhh.' He took his last breath, and I didn’t know what to do no more.” Frankie died on Saturday, June 3.

After a postmortem examination, doctors noticed "fluid in Frankie’s lungs and around his heart, telling the Delgado family that little Frankie had died of what’s known as 'dry drowning'," according to ABC affiliate, WFAA 8.

These types of drownings can happen when your child breathes water into his lungs. Sometimes that happens when he struggles while swimming. But it can be a result of something as simple as getting water in his mouth or getting dunked.

While dry drowning is rare — pediatrician James Orlowski, MD, of Florida Hospital Tampa told WebMD that "they make up only 1%-2% of all drowning incidents" — they can still happen. Knowing what symptoms to look for can help prevent tragedy, and little Frankie's parents are hoping other families take notice in the future.

"He had so much life to live," the Delgados wrote on a GoFundMe page setup for his medical and funeral costs. "He was loved by so many people, his love for Baseball was endless. The world lost a beautiful soul.

Obviously, learning that your child is still in danger after leaving the pool or the beach isn't exactly heartening information. But, the Delgados want to make one thing extremely clear: No parent should have to go through what they went through.