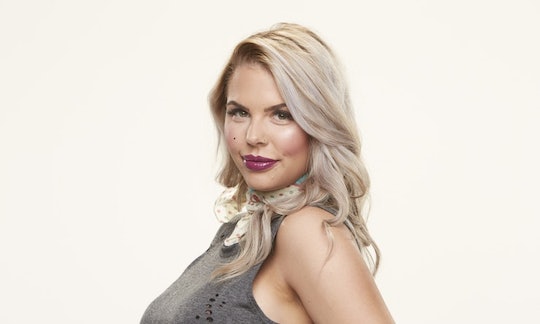 When Big Brother 19 fans think of Elena, they might associate her with the role she's playing this season as an expert showmancer. She was in the unique position of already having a fanbase (and thousands of Instagram followers as a result) before even walking into the house thanks to her job as a bubbly radio personality. It makes sense that someone who makes a living out of getting people to listen to her would be a hit on a reality show, so some fans may be wondering what is Elena's net worth before Big Brother 19?

Everything could change if she ends up walking away with the end prize of $500,000, but as she currently stands, Elena is a radio contributor on The Kid Kraddick Morning Show. Based out of Dallas, TX, the self-proclaimed "Tinder expert" and "selfie queen" mainly handles the "Tinder Tuesday" segments, where she discusses the trials and tribulations of dating apps. She also is featured on The Showbiz Top 5, where she takes a deep dive into everything from One Direction updates to Adam Sandler's relationship with Netflix. She also hosts a podcast called Two Pears in a Podcast with her co-host Caroline Kraddick, so it's safe to say she's very good at talking.

So where does that leave her, net worth-wise? Although Elena has a fan following, she isn't exactly a celebrity (yet), so there aren't many concrete figures online.

According to Glassdoor, the average salary of a radio personality in Dallas is $34,385. That is purely speculation, as every company operates and pays their employees differently. It's worth taking into consideration that since Elena is mainly in control of one weekly segment, she could possibly be making more or less than the Glassdoor estimation. Either way, Elena has quickly proved herself as much fun to watch as she is to listen to.

New fans can check out Elena's past segments on the Kidd Nation homepage and Two Pears in a Podcast on Caroline's website while they wait for her to either walk away with the big prize, or be sent home.

In the meantime, Elena appears to be in a safe spot inside the Big Brother house this week. Having aligned herself with Paul (and Mark, Christmas, Matt, Raven, and Dominique) and not really been at the center of any major drama yet, she seems to be in good standing. Elena fans, rest easy, she will live to fight another week.