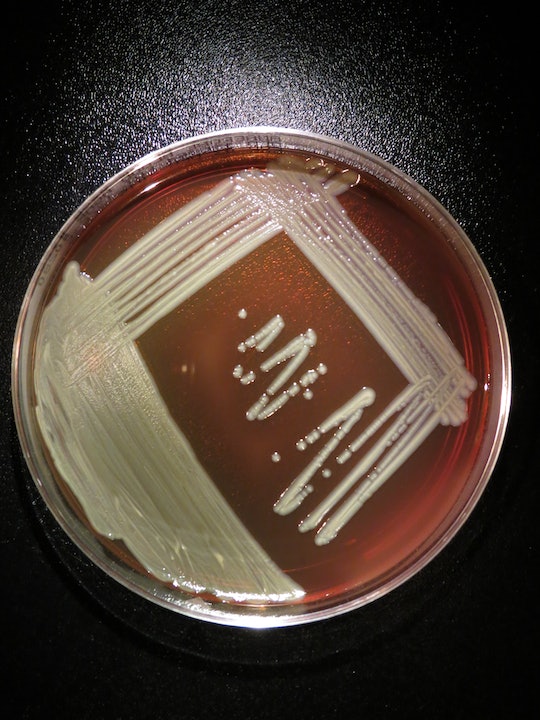 What is Elizabethkingia? The Bacterial Infection Is Linked To 20 Deaths In The Midwest

While many may be worried about the spread of Zika virus to the United States, a rare infectious disease has claimed the lives of at least 20 in the Midwest. Since November, the region has been dealing with an outbreak of Elizabethkingia. The Illinois Department of Health confirmed that a 52-year-old female resident's death was caused by the same strain of Elizabethkingia bacteria found in patients in Wisconsin and Michigan. She is the first person in Illinois known to have contracted the bacteria. So far, there have been 59 cases of the disease in Wisconsin, the focal point of the outbreak. The sudden and large scope of the spread of the rare bacterial infection is a mystery to federal and state health officials but what exactly is Elizabethkingia and how likely are you to contract it?

Elizabethkingia cases first appeared in Wisconsin this past fall and since that time, dozens of patients have begun showing up in hospitals statewide, complaining of similar symptoms. Of the 59 who contracted the disease, 19 people have died. There was also one death in Michigan that was confirmed to have been caused by Elizabethkingia.

While it's still unclear how these patients contracted the disease, according to the Wisconsin Department of Health Services the majority of patients infected with Elizabethkingia were over 65 and all of those infected had “a history of at least one serious underlying illness." Officials are not certain if the deaths were caused by the infection, the pre-existing health condition, or a combination of the two.

Elizabethkingia, known to cause meningitis in newborn infants, is not transmitted via person to person contact. The bacteria is commonly found in the environment in soil, river water and reservoirs but it rarely causes infections, especially not on this scale, according to Dr. Chad Achenbach of Northwestern Medicine. “Typically in a given year in the United States, we see 5 to 10 infections in humans with this bacteria," Achenbach stated in an interview with ABC 7 Chicago. "And over just the past few months there’s been nearly 60 cases in just three states."

The unprecedented outbreak of Elizabethkingia in the Midwest is a mystery to state and federal health officials. Dr. Nirav Shah, director of the Illinois Department of Public Health, told CBS the Midwestern states are working closely with the Centers for Disease Control and Prevention's "disease detectives" — a group of 70 doctors and epidemiologists who specialize in tracing disease outbreaks—to investigate the transmission, spread and source of the infection.

Workers are currently testing a variety of potential sources, the Illinois Department of Public Health disclosed, including “health care products, water sources, and the environment.” The CDC originally suspected tap water, which was a cause for a similar outbreak in a London critical care unit, but the Wisconsin tap water tested negative for the bacteria.

Equally as mysterious, the current outbreak doesn’t follow the traditional pattern of infections, where cases are often clustered in the same location. As Dr. Nasia Safdar, director of infection control at University of Wisconsin Hospital and Clinics told Wisconsin Public Radio, Elizabethkingia cases are often seen in the context of the same health care facility, such as nursing homes and hospitals. While most patients in Wisconsin were elderly, they lived in various facilities across twelve different counties. Yet, according to a report on Wired, the genetic markers of the bacteria seem to point to a single source for all the infections. According to deputy director of the CDC’s healthcare quality division Michael Bell, “the amount of potential exposure sources is very large.”

Still, as infectious disease expert Dr. James Marlow told CBS News in an interview, “even with the CDC up there working with the Wisconsin Department of Health, they haven’t found where it’s coming from.” In a majority of Elizabethkingia cases, the infection appears in the bloodstream, but according to a statement from the Illinois Department of Public Health, “some isolated patients have had Elizabethkingia isolated in other sites, such as their respiratory systems or joints.”

The symptoms of Elizabethkingia include fever, shortness of breath, shaking, chills, and a bacterial infection called cellulitis. Safdar said Elizabethkingia is “not something [he] would consider to be a low-grade or subtle infection.” The disease, he says, is "usually fairly significant, fairly apparent." In other words, if you live in the Midwest and are feeling a little flu-ish, it’s still probably just the flu.

Health professionals say the general public does not need to worry about contracting the disease. While the outbreak is unusual, there are treatment options available. Plus, according to Safdar, the disease is really only dangerous to those with an underlying illnesses. "Getting Elizabethkingia on top of what else you might be battling certainly doesn’t help anyone’s cause," he explained.

Safdar also doesn’t think the outbreak will spread very far outside Wisconsin or the Midwest. “[The outbreak has] been going on for a while," he told WPR. "I would have thought if it was a multi-state, it would have become apparent by now. So I don’t think we will see that.” Meanwhile, the number of cases in Wisconsin could be expected to rise if health officials cannot identify the source of the infection.