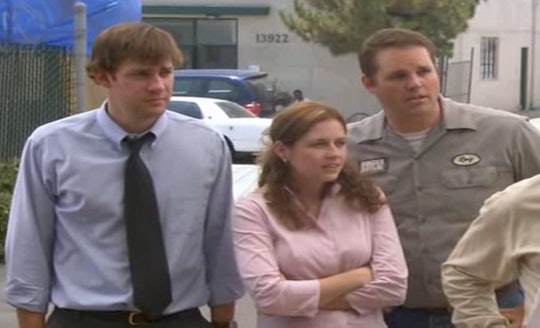 Here's How To Tell If You're Having An Emotional Affair, According To Experts

Affair isn't a very "nice" word, whether it's of the emotional or physical variety, and most of us hope we never have to encounter any sort of affair in our lifetimes. But since that might not be the case for everyone, it might be helpful to break down exactly what an affair is (and isn't), and how you can avoid being party to one. So what is an emotional affair, exactly? Make no mistake, it is a thing and maybe, just maybe, emotional affairs happen more often than you might think.

In the range of relationships, the most benign are considered platonic relationships; an association with someone where you might enjoy each other's company and have things in common, but don't feel any sexual chemistry. On the other side of the spectrum is an affair that is emotional intimate and physically consummated. You're in a committed relationship, but cheating with another person.

And then somewhere in the middle is an emotional affair, where you have emotional intimacy with a person who isn't your committed partner, according to the HuffPost. You haven't acted on any sexual feelings toward this particular person, but there is chemistry between you. Emotional affairs can be tricky to acknowledge and admit, because there isn't any sexual infidelity actually taking place. Sometimes people who are in an emotional affair can convince themselves that it's just like a platonic relationship because they haven't sexually touched a person who isn't their committed, romantic partner.

But that doesn't mean there isn't impropriety going on. The key to knowing whether you or your partner is having an emotional affair outside of your committed relationship, according to Psychology Today, is to question whether there are sexual feelings underlying the relationship. If you have sexual feelings for the person you are spending time with and talking with, even if you aren't acting on them, that relationship is likely an emotional affair.

And while you can tell yourself that you're "just friends," if we're honest with ourselves, most of us know if what we're doing is out of bounds — even if there isn't sexual activity going on. That same gut feeling that let you know you were interested in your committed partner is the gut feeling that will tell you the relationship you're sharing with this so-called platonic person, well, isn't as innocent as it seems.

The other aspect that you'll need to consider is, according to the HuffPost, the root cause of an emotional affair. Emotional affairs often creep up when you and your partner are not on the same page emotionally or intimately, so one of you is looking to fill that gap with a connection with someone else outside of the relationship.

Counseling is a great place to start if one of you has admitted to or is being accused of having an emotional affair. Acknowledging that emotional affairs can be just as damaging and hurtful as physical affairs is another step in the right direction to putting your relationship back on track.