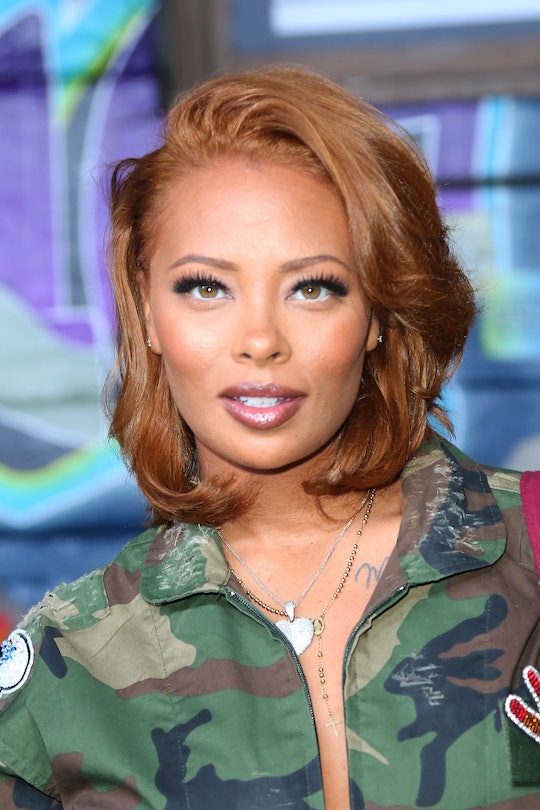 Eva Marcille's Net Worth Proves How Hard She Works

According to Celebrity Net Worth, a website that estimates the worth of some of the most popular celebs in the biz, Eva is worth around $3 million, which makes a lot of sense. Eva is best known for winning the third season of America' Next Top Model. After winning, she did covers for huge magazines like Essence and campaigns for CoverGirl, Samsung, and DKNY. In addition to modeling, she's been in a host of music videos, including ones that feature 50 Cent and Jamie Foxx. And of course, Eva's been all over TV.

Not only was she in episodes of Everybody Hates Chris, Smallville, and Tyler Perry's House of Pain, she was also Tyra Hamilton in the Young and the Restless. Additionally, she's hosted reality shows on BET, such as Rip The Runway and My Model Looks Better Than Your Model. And those are just the big ones that you might remember — there were also other gigs that weren't as long lasting, or never even aired. Eva is a driven, successful woman, for sure.

Eva's daughter Marley is from another relationship with ex-boyfriend Kevin McCall. And while things clearly didn't work out between them, Eva seems to be thriving despite it all. Currently, she's dating Michael Sterling, who's running for the mayor of Atlanta. They've been dating publicly since 2016 and are still going strong. For National Boyfriend Day, she posted a message to him on Instagram saying:

I love you to pieces and you're the best boyfriend in the entire world. As quirky as you are I wouldn't change anything about you. Your compassion for others, your drive and persistence and above all your love for Marley Rae and I. You're the man of my dreams and the one god designed for me.

It has not been an easy campaign season for Michael, or Eva, at all. Last year, Eva's ex reportedly spread rumors that Sterling was "secretly" gay. Michael responded right away to the "smear campaign," which, luckily, he pointed out wasn't going to work since supporting the LGBTQ community isn't a bad thing at all.

He also wrote on his Instagram account, "It's an outdated tactic that seeks to divide at a time when we should be supporting one another more than ever. Let me be unequivocal, I will not back down from supporting my brothers and sisters who are LGBT."

So Eva certainly has her fair share of things going on in her life. Luckily, she says, she's finally found a way to balance being a mom with her work life and romantic relationships. At the premiere of her movie Sister Code in 2015 she told reporters on the red carpet, “There is no dating, working and being a mom… You have to pick two of the three, and usually only one, but maybe two. Anything else is like, yeah, no. Team too much.”

Apparently, it's just a matter of finding the right partner to empower you. Either way, RHOA will definitely not be boring with Eva sharing her life on the show this year.