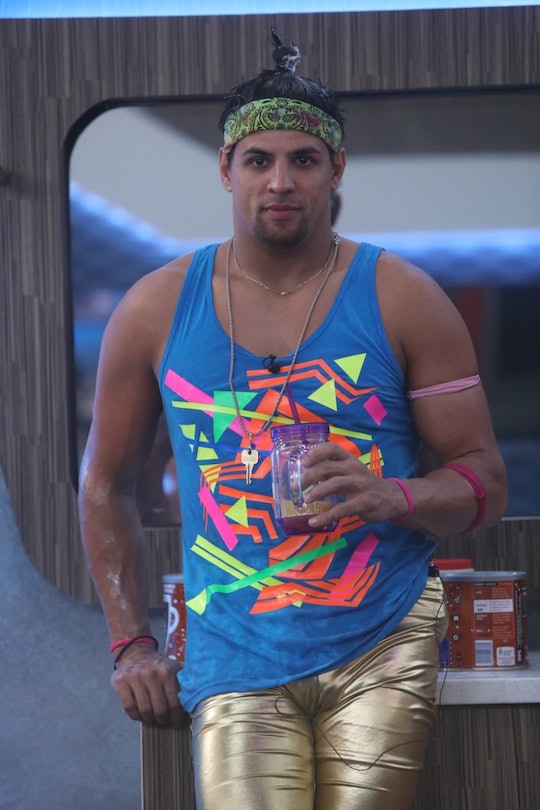 Now that Faysal is head-of-household and has made very questionable moves, he is all any Big Brother fans can talk about lately. It should not be surprising then that many fans have become curious about what it is Faysal does when he isn't competing for $500,000. So what is Faysal's job?

Faysal currently works as a substitute teacher in Orlando, Florida, according to his Big Brother bio. Thankfully, it is doubtful he is teaching people how to play Big Brother because he would not be the best instructor.

On Sunday night it was revealed that Fessy won the latest HOH competition, narrowly beating out Scottie, which should have been fine since the pair are allies, but that was not the case. Instead, JC got into Fessy's head. First, JC planted the idea that Brett was the one vote to evict Kaycee over Rockstar when it was really Scottie. Naturally, Scottie said that was nonsense, but Fessy refused to believe him. This was mainly because JC also planted the idea that Scottie had a crush on Haleigh and was plotting to get Fessy out so he could have Haleigh to himself. Sadly, Fessy actually believed this and decided to nominate literally his only ally left in the house besides Haleigh.

Sitting next to Scottie on the block currently is Brett. Scottie's only chance at not being evicted is to win the power of veto on tonight's episode of Big Brother. Unfortunately, his odds of winning are not that great, not because he is not a good competitor but because the only other person who would probably be willing to pull Scottie off the block is Haleigh, but there is no guarantee she'll even be picked to play. Additionally, although Haleigh did win HOH last week, she has not won any other comps so she is not exactly the person you would want to put all your faith in for a win. So the only person Scottie can rely on to win is himself.

Therefore, the odds are definitely not in Scottie's favor right now, which means come Thursday he will probably be sent to the jury house, and Haleigh and/or Fessy will probably be evicted right after him.

Big Brother fans are absolutely flabbergasted and frustrated with Faysal's decision. The Hive have been struggling the entire season because they continue to make mistakes. It started with Kaitlyn betraying her alliance in the first week by voting Steve out instead of Sam. Then everything went downhill from there with Kaitlyn nominating Swaggy C for eviction, Bayleigh telling Rachel about her power app, Rockstar telling Tyler he had the wrong answer during OTEV, and now Fessy nominating Scottie. It is almost as if The Hive does not really want to win.

On the flip side is Level 6 who has only lost two of their members and has kept their alliance a secret as well as Tyler's power app, which he did not even need. The difference between Level 6 and The Hive is that they all trust each other and they know how to keep their mouths shut. Additionally, Sam and JC are both on Level 6's side, even though neither of them are actually a part of that alliance and will most likely be cut loose once Fessy and Haleigh are gone.

It would be a miracle if Scottie does not get evicted this week, so once he is gone Haleigh and Fessy's only hope is for Haleigh to win HOH again and keep them safe for another week. However, the odds of that happening are once again slim because it will be Haleigh against the whole house. Maybe if JC wins HOH he will not nominate them, but JC has pretty much always followed the house and if everyone wants Haleigh and Fessy on the block then that is what he will do. In sum, Fessy has ruined his own game in one move.