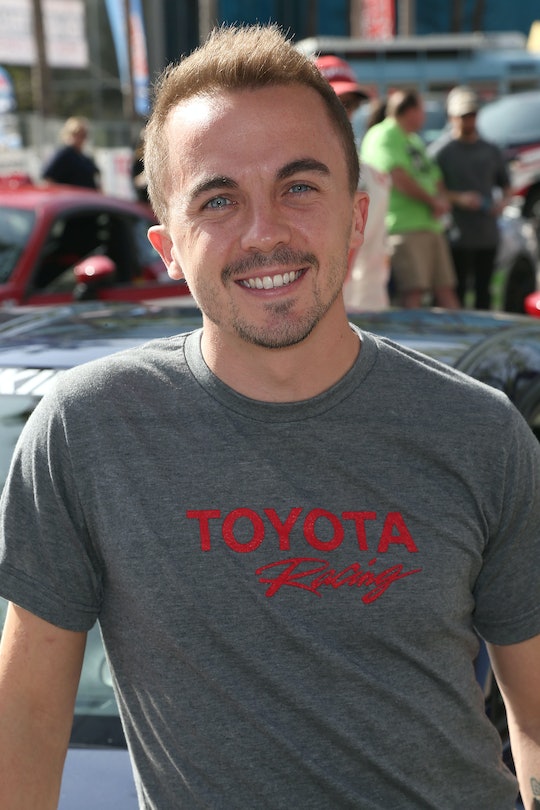 Frankie Muniz's Net Worth May Shock You

If you thought that Frankie Muniz, having been out of the spotlight for so long, may have gone back on TV because he was struggling for cash, you would be very, very wrong. In fact, the former child star is doing extremely well for himself. So what is Frankie Muniz's net worth before Dancing with the Stars? Hold onto something for support, folks, because according to most reports, Muniz is reportedly worth an estimated $40 million. Yeah, you heard me correctly. So, I'd say he's doing alright for himself. It seems becoming a child actor does come with some pretty great perks.

The first report of his net worth came from Muniz himself, in a pretty hilarious Twitter clap back way back in 2010. Someone on Twitter said that Muniz's acting was terrible. Muniz then gave an epic response once he saw the message, stating: "Yeah, but being retired with $40,000,000.00 at 19 has not been awful. Good luck moving out of your mom's house before you're 35." Talk about a major burn. I honestly had no idea that our sweet little Muniz was capable of being this savage but I gotta say I am 100 percent here for it. Unfortunately, Muniz has not felt the desire to come clean about his financial status as explicitly lately, but that doesn't stop people from trying to guess all the same.

Most recent reports estimate that Muniz's net worth is still somewhere in the neighborhood of $40 million. Which is not too shabby. It is probably safe to assume that Muniz accumulated the bulk of this vast wealth from his work as an actor. He rose to fame as the child star of the highly rated Malcolm in the Middle sitcom and later as the star of the Agent Cody Banks movie franchise. In fact, Muniz himself indicated as much in the aforementioned tweet.

It also appears that Muniz knows how to spend that kind of cash (and make it back). In subsequent years after he dropped out of acting, Muniz surfaced again in the news for the sale of some of his property. In August of this year he put the second of two Arizona mansions on the real estate market. The first one is going for $3.5 million, while the second is up for $2.5 million. So if you have a a couple million bucks burning a hole in your pocket and the desire to live in the desert, then you can live where Muniz once maybe lived.

Muniz apparently also auctioned off a 1995 Volkswagon Jetta from the original Fast and Furious movie, signed by Paul Walker, that Muniz purchased in 2002 when he was 16 years old. Let me tell you, that is nothing like the cast-off Dodge Durango that my parents gave me when I was 16 years old. Stars — they're not just like us sometimes.

Since quitting acting, Muniz has been a professional race car driver as well as a musician. Race car drivers, even successful and well-funded ones earn just a fraction of what other professional athletes earn, while musicians in moderately successful bands like Muniz's are hardly raking in the cash. However with investments and saving, it's highly possible that Muniz has been able to maintain his astronomical net worth. At the very least, the $40 million he "retired" with at 19 is quite enough to sustain him for the rest of his life as long as he doesn't go around trying to buy things like sports teams and islands.

So while I cannot confirm the precise number that is in Muniz's bank account, I can confirm that he's living very comfortably. Why didn't I ever become a child actor?