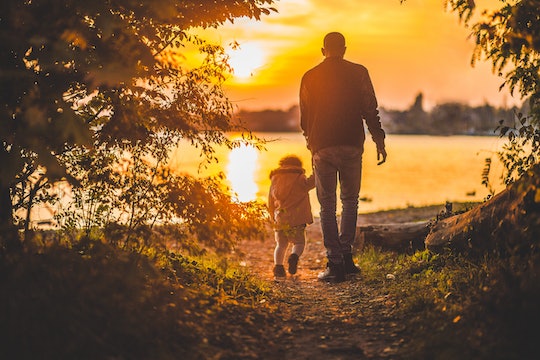 A Legit Explanation Of Free-Range Parenting

For many parents, striking a balance between safety and overprotection can turn into something of a struggle. Sure, you want your kid to grow up with a sense of self-reliance and independence, but you also know the rest of the world is not exactly child-proofed. There is, however, a parenting movement that seeks to allow kids more freedom to roam the world and learn on their own. So what is free-range parenting, and would it work for your family?

In general, free-range parenting is based on the idea that it's safe and healthy to give children a fair amount of freedom from an early age, as explained in WebMD. It's positioned as an alternative to what's (somewhat derisively) known as helicopter parenting, or the tendency to be overprotective and hyper attuned to your kid's every movement. As the name implies, free-range parenting favors unstructured play over scheduled activities. Basically, it's a return to the idea of letting your kid roam the neighborhood until the street lights come on.

That said, it's impossible to get into free-range parenting without discussing Lenore Skenazy. The New York-based mom was famously labeled "America's worst mom" after allowing her 9 -year-old son to ride the New York City subway alone, as noted in The Washington Post. Standing by her decision (her son made it home safely, after all), Skenazy launched the Free-Range Kids blog detailing her parenting philosophy. In general, the free-range kids philosophy supports the idea that children are not in constant danger from the outside world, and that not every stranger is a potential kidnapper.

Although some parents have welcomed this approach to child care, not everyone is enamored with the free-range kids idea. Sometimes the neighborhood children can make terrible decisions without any adults nearby, resulting in a situation that's less about playground shenanigans and more like Lord of the Flies, as noted in Psychology Today. (I definitely remember a neighborhood kid who was intent on jumping out of a tree with a blanket for a parachute. Thankfully, my mom put a stop to the situation.) Sometimes kids really do need an adult to step in.

Striking that balance between supervision and hovering is a tough call for any parent. What's more, there are countless variables, from your child's age and temperament to the character of your neighborhood, that make this idea more or less appealing. However, giving free-range parenting a try is an option for parents who are chafing against the idea of overprotection.

More Like This
What Is RSV?
The Best Halloween Family Pajamas To Match Your Boos
Tips For Apple Picking With Kids
16 After-School Snacks For Hangry Kids