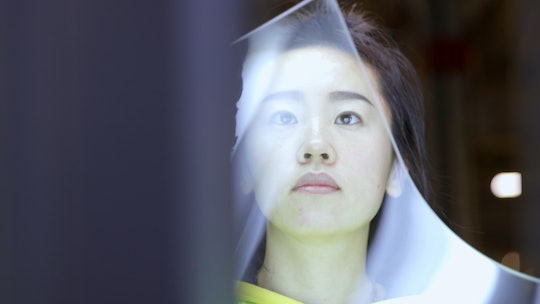 The Complicated Story Of 'American Factory' Started With Auto Glass

In the Netflix documentary American Factory, a Chinese manufacturing company called Fuyao purchased an abandoned General Motors plant outside of Dayton, Ohio in the small town of Moraine. A thousand American workers gained jobs alongside Chinese employees who relocated to the States. Learning what the Fuyao Glass Company is is integral to understanding what happened next, and the increasing tension at the factory.

Fuyao Glass America supplies glass to major auto manufacturers like General Motors, Ford, BMW, Honda, and Bentley, according to their official website. The company name was probably a tip-off there. They provide glass to OEM (Original Equipment Manufacturer) and ARG (Aftermarket Auto Glass) markets. If you ever need to replace a windshield, you may have to choose between the two: OEM refers to glass created by the same company that originally created the glass in your car; ARG is glass made by a different company or on another production line, per Glass.com. Fuyao does both. "When top of the line auto glass is required then Fuyao glass is what's needed," the company website proclaims.

Fuyao Glass has been active since 1987, when their parent company Fuyao Group first starting manufacturing glass for cars. They grew to become "a global company and world leader in auto glass manufacturing." Eventually, they expanded into the United States. A portion of that journey is captured in American Factory.

The Fuyao site claims that the company was able to double its need for employees in just a single year, and was ahead of schedule when it came to shipping glass out. It planned on "additional Fuyao Group investments" in Dayton, where the subject of American Factory is located. In fact, there was a call for well over a thousand jobs specifically in Moraine. Fuyao has received awards, listed on their site, for quality and excellence, received from 2009 to 2015 from the companies they supply to: GM, Chrysler, Ford, VW, and Toyota.

The trailer for American Factory implies that the trouble with the Moraine plant wasn't just the culture clash between workers. That was part of it, but there was also an alleged issue with safety conditions. One shot shows a glass windshield unexpectedly shattering during production. Later, a clip of a news report mentions complaints about allegedly unsafe working conditions and unfair treatment.

Fuyao released a statement about the film that was shared by the Dayton Daily News. In it, the company disputed one issue presented by the film: it seems there may have been disagreement over whether or not the workers would be able to unionize. Jeff Liu, CEO of Fuyao Glass America, allegedly spoke about firing union supporters; in an email, he told the Dayton Daily News that it was a mistranslation. "I have nothing to say since it is not true statement and misleading translation in the film," Liu said.

Per Fuyao's statement, internal management meetings were recorded, including those about unionizing the plant. "American Factory is the product of four years of effort by talented filmmakers," the statement concluded, after mentioning the mixed results of the company's undertaking. There were moments of frustration and failure, but also friendship and teamwork. "It tells their version of the Fuyao story, which is necessarily incomplete."

Fuyao's arrival in the U.S. led to a much more complicated story than anyone might have expected. And it was all captured for the documentary, allowing audiences to come to their own conclusions about what unfolded.