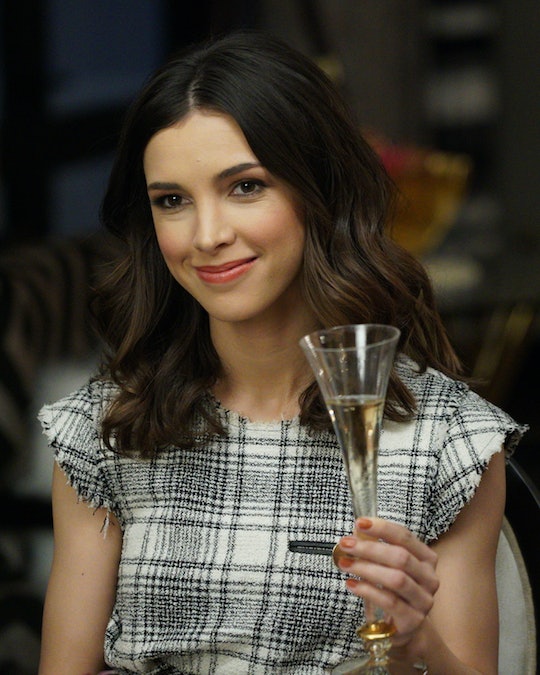 When I saw the trailer for ABC's new summer series Grand Hotel, I immediately got Jane The Virgin vibes. Both shows are set in Miami and chronicle the lives of Latinx who own, and work in, hotels. But the former looks a little less tongue-in-cheek than the brilliant Jane the Virgin. The trailer is sexy and intense, but after watching it I still wondered, "what is Grand Hotel about?" So, I'm guessing you might be wondering too.

I should be clear, Grand Hotel is very different than Jane The Virgin. For one thing, the Marbella is a supporting character in Jane, Rafael and Petra's lives. But The Riviera Grand is very much the star of Grand Hotel , which follows Mendoza family as they struggle to keep the hotel in the family while their staff attempts to juggle difficult service jobs with sex scandals and mysterious disappearances (as you do).

"I think in particular the fact that it's set in a hotel [means] the possibilities are endless," said Denyse Tontz who plays the hotel owner's daughter Alicia, in an interview with ABC 7. Alicia might be falling for a member of the wait staff, which is going to make both of their lives harder. But as you can see from the trailer below, Alicia already has a tough stepmom to contend with. Gigi Mendoza (Roselyn Sanchez) isn't above marring the memory of her late best friend, Alicia's mother, to get what she wants.

Eva Longoria has a cameo as the late Beatriz Mendoza on one episode this season but more importantly, she's an executive producer on the show. Sanchez told People why she admires her boss. "She was directing and acting and producing [on set] while she was breastfeeding. And seeing all that, it was such an inspirational day for me." The actress couldn't help but continue gushing, "Eva is really smart, everybody knows that. And she's very creative. She knows what the audience wants to see."

As for Longoria's leadership style, "[She's] very specific. She's very strong when it comes to 'this is what I want and this is what I'm aiming for.' But it's made with love," Sanchez continued.

The show is not a completely original idea, so that love is important. It's based on a telenovela called Gran Hotel that was actually a period piece set in 1905. This worked to Tontz's advantage. "My mom has seen the entire series," the actress told ABC 7. "And when I auditioned for it she gave me the lowdown and she was hoping I would book it, which to me was an absolute surprise and it was thrilling."

The character of Alicia definitely brings all of the different worlds swirling around the hotel together. Something about her relationship with Danny is going to cause trouble, I can feel it. But there is also palpable tension between Alicia, her father, and her stepmom. Add to the mix a younger brother and the responsibility she feels to honor her mother's wishes and well, let's just say Alicia is going to need people rooting for her.