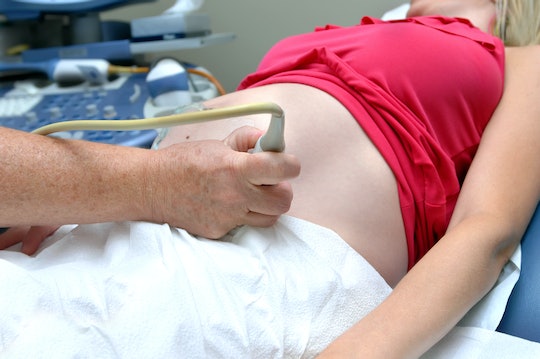 What Is An Incompetent Cervix?

The goal of every pregnancy is to have the mother carry fully to term, delivering a healthy, developed baby. But sometimes, due to inexplicable reasons, that doesn't always happen. In early pregnancy, miscarriages are usually due to chromosomal abnormalities. In the second and third trimester, however, many experts believe that an incompetent cervix is the culprit for some of the miscarriages that happen later in pregnancy. But what is an incompetent cervix and how common are they?

Baby Center noted that, in a healthy pregnancy, the cervix will stay firm, long, and closed until late pregnancy when it dilates and effaces. But with an incompetent cervix, this doesn't happen. According to the American Pregnancy Association (APA,) having an incompetent cervix means that a woman's cervix opens before her baby is ready to deliver, causing a pre-term labor or miscarriage. More often than not, the pressure on your cervix and your baby grows can cause a "weakened" or incompetent cervix.

The APA noted that women who have had previously cervical surgery, cervical damage during a previous birth, a malformed cervix or uterus, or other previous cervical trauma from a previous miscarriage are at higher risk for having an incompetent cervix. Although a woman likely won't be aware that they have an incompetent cervix, Mayo Clinic paying attention to the symptoms of miscarriage or early cervix opening like a sensation of pelvic pressure or pain, abnormal backache, abdominal cramping, and vaginal bleeding is important.

Doctors will likely evaluate a woman in early pregnancy if she exhibits any of the symptoms or risks for having a weakened cervix, sometimes even prescribing a medication that causes the cervix to close, in the hopes of preventing miscarriage. Another option that can prevent miscarriage due to an incompetent cervix is getting a "stitch" put in through a trans-vaginal procedure (or via abdominal surgery) that will keep your cervix closed until delivery. Belly Belly noted that in the majority of cases where a suture is put in, mothers carry their babies to delivery.

Luckily, cervical incompetence is rare, with the the APA noting that it happens in about 1 in 100 pregnancies. So although it's a terrifying thought, the condition isn't a common one. If you suspect that your cervix may be opening too early, be sure to schedule an ultrasound as soon as possible so your doctor can measure and examine your cervix to see what is really going on.