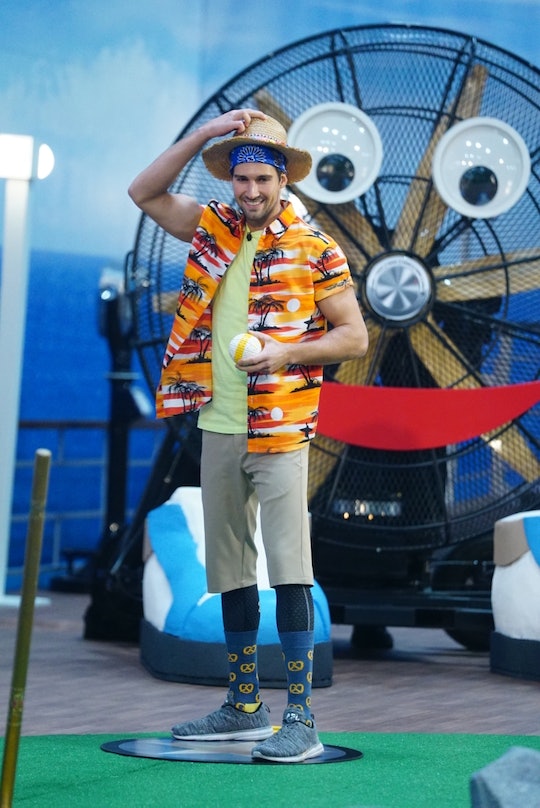 James Maslow has definitely become a favorite among the houseguests on Celebrity Big Brother. Although some (Brandi) would argue he's cocky, he's garnered a number of new fans from his time in the house. It also doesn't hurt that he's incredibly attractive. As many viewers contemplate how they'll get James to marry them, they're also probably wondering: what is James' net worth? Because if you're going to make him your husband, it'd be nice to know how much he's bringing in, right?

According to Celebrity Net Worth, James' net worth is about $6 million, so it's safe to say he's done pretty well for himself. The star's wealth comes from his time on the Nickelodeon hit series, Big Time Rush, and being in the band of the same name. Since the show ended and the band split, James has continued to make money working as an actor and singer. On the acting front, he had recurring roles on other TV shows like See Dad Run and Sequestered. He's also done a number of films, such as 48 Hours to Live, It Happened One Valentine's, and Art Show Bingo. He additionally has three more movies due out in the next year, including Bachelor Lions, which costars former Hannah Montana star Mitchel Musso.

As for his music, James released his first solo album, How I Like It, in March 2017 and it was so well received that he was then made the 2017 iHeartRadio "Rising Star" winner in July. Following that success, James has continued with his music, posting covers on his YouTube channel and releasing his new single, "Falling." Although he hasn't announced his sophomore album just yet, fans believe it'll be coming soon after Celebrity Big Brother is over.

It's also rumored that the celebs are being paid to appear on Celebrity Big Brother and the longer they stay on, the more money they make. This isn't such an outlandish concept considering it's long since been believed that Big Brother contestants also got paid for every week they were on the show, hence why so many contestants were fine just making it to jury, where they would still be sequestered but no longer living in the Big Brother house. Host Julie Chen also confirmed that the winner of Celebrity Big Brother would walk away with a $250,000 cash prize.

With that in mind, if James is able to win, he'll be leaving the series even richer than when he began. However, it'll be surprising if he actually makes it that far. Although he was able to pull himself off the block recently by winning the Power of Veto, he was easily persuaded to give up the next Head of Household to Omarosa in exchange for safety. While it'd be nice to believe Omarosa will keep her word, it's a gamble. Still, thus far she seems to be sticking with it since she nominated Brandi and Ross for eviction.

But there's still the POV and Omarosa could always end up back-dooring James. However, this does seem unlikely, especially because Omarosa went out of her way to form an alliance between herself, James, Mark, and Metta. Why would Omarosa do the work of putting an alliance together if she was just going to send James out the door? It doesn't make sense. But even if James is safe this week, does he have what it takes to really make it all the way to the end? You'll just have to keep watching and see.