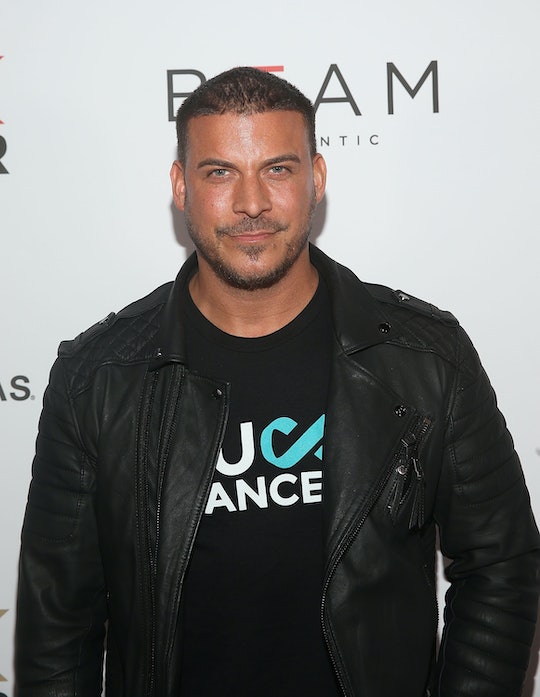 Everything You Need To Know About Jax Taylor's Zodiac Sign

If you're a reality TV fan who also happens to be obsessed with astrology (I'm guilty as charged), you've probably wondered at some point or another about Jax Taylor's zodiac sign. As it turns out, the Vanderpump Rules star is a little crabby.

At first glance, Jax arguably comes across as a fire sign (Leo, Sagittarius, Aries). He's impulsive, quick to anger, and needs to be the center of attention. But if you take a closer look, he's actually a child stuck in a 39-year-old man's body, a description that's more aligned with water signs (Cancer, Pisces, Scorpio).

Although Jax might seem like a Scorpio given his intense feelings and sex drive (the entire last season of Vanderpump Rules centered around his hookup with former SUR employee Faith, FYI), he's actually a Cancer. Yep, Jax was born on July 11 during the sign of the crab.

Cancers are deeply affected by the moon's phases (it makes sense since they're governed by water), which means their moods are often in flux.

"He may be nervous and fickle one minute, then extremely confident the next," Cafe Astrology's description of a Cancer man's personality reads. "Transformations such as these are not indicative of a split personality like Gemini, but a changeable one. The Cancer man is capable of many emotions, often one after the other, running the gamut from one end to the next."

Just because Jax is on an emotional rollercoaster most of the time, it doesn't mean he's likely to change his mind about marrying Brittany Cartwright anytime soon. In fact, Cancers are all about family, according to AstroStyle:

Nothing fulfills a Cancer man more than a happy family, with himself at the helm. He rules the zodiac’s fourth house of home and family. Lifelong security is his mission. On a horoscope wheel, the fourth house is located at the very bottom, representing the foundation of the chart. Indeed, the Cancer man builds his love life from the ground up, planting deep roots and nurturing them into a mighty, multi-generational family tree.

The only thing Jax has to watch out for? Emotional immaturity.

"Immature Crabs who have not yet learned to harness the lessons of the rising and falling tides will latch onto the safest option in sight, becoming codependent and unable to fight for themselves," according to Nylon. "These are the Crabs with the weakest, most papery armor—over time, they must learn to strengthen their own shell and sense of self by choosing their battles."

Brittany is an Aquarius, so her sign's desire to help others is probably what attracted her to Jax. As some fans might recall, Jax wasn't necessarily in the best shape when the two met in spring 2015.

Of course, it's important to note that each person is more than just their sun sign (I want to print this fact on business cards and hand them out). Everyone has a rising sign (how you appear to others), a moon sign (your inner-self), and so forth. If Jax doesn't act like a typical Cancer at times, it's because he's influenced by other aspects of his natal chart.

Rising and moon signs aside, Jax's astrological identity is rooted in Cancer. The Vanderpump Rules star is a little crab through and through.