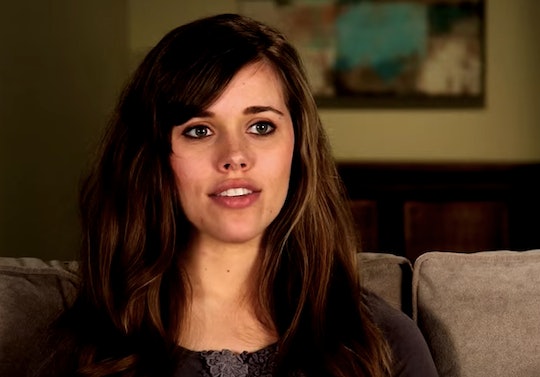 What Is Jessa Duggar's Net Worth?

Ever since Jim Bob and Michelle Duggar first got their show on TLC, which chronicled their life raising their 19 children, people have been curious about how much it costs them to do so. Now that a few of their children are grown up with homes, families, and spin-off shows of their own, the curiosity about their earnings continues. Their fifth child, Jessa, and her husband Ben are part of the show's spin-off Counting On, and they have two sons. What is Jessa Duggar's net worth? The star of Counting On likely isn't making as much as you'd think.

After the original show, 19 Kids & Counting, went off the air, Jessa and her sister Jill stayed on with their own show, Counting On which features their husbands, kids, and occasionally other members of the Duggar clan. Jessa and her husband, Ben Seewald, married in November 2014. The couple's courtship, engagement, wedding preparation and the big day itself was chronicled as part of the family's show. Ben and Jessa now have two sons: Spurgeon, who is 1 year old, and Henry, who was born earlier in February. According to her exclusive interview with PEOPLE, Henry's birth went a lot faster than her first — so fast that her mom and sister almost didn't make it in time.

The Duggar Family has been estimated to be worth upwards of $3.5 million as a result of their involvement with the show, according to Hollywood Take. The show was canceled by TLC in 2015 when Josh Duggar was investigated for sexual abuse allegations, two of which came from his sisters Jessa and Jill. The five incidents occurred when he was a teenager, but it was only when police reports surfaced that his family admitted they had known about what happened, but kept it a secret. Josh underwent counseling at a Christian treatment center, but was never charged. By the time additional reports were discovered, and Josh admitted in a statement that he had molested several young girls — including two of his sisters — when he was a teenager, the police said that statute of limitations for pressing charges had passed. Romper was unable to reach Duggar for comment, however he did release the following statement on the family's Facebook page in 2015 after the allegations surfaced:

Twelve years ago, as a young teenager I acted inexcusably for which I am extremely sorry and deeply regret. I hurt others, including my family and close friends. I confessed this to my parents who took several steps to help me address the situation. We spoke with the authorities where I confessed my wrongdoing and my parents arranged for me and those affected by my actions to receive counseling. I understood that if I continued down this wrong road that I would end up ruining my life. I sought forgiveness from those I had wronged and asked Christ to forgive me and come into my life. I would do anything to go back to those teen years and take different actions. In my life today, I am so very thankful for God’s grace, mercy and redemption.

The Duggar Family added the following in the same statement:

Back 12 years ago our family went through one of the most difficult times of our lives. When Josh was a young teenager, he made some very bad mistakes and we were shocked. We had tried to teach him right from wrong. That dark and difficult time caused us to seek God like never before. Even though we would never choose to go through something so terrible, each one of our family members drew closer to God. We pray that as people watch our lives they see that we are not a perfect family. We have challenges and struggles everyday. It is one of the reasons we treasure our faith so much because God’s kindness and goodness and forgiveness are extended to us — even though we are so undeserving. We hope somehow the story of our journey — the good times and the difficult times — cause you to see the kindness of God and learn that He can bring you through anything.

TLC said that the show would no longer be on the air even in reruns, which means that the Duggar family would not stand to make any money from residuals.

Now that Jessa is involved with Counting On, she's probably making a certain amount per episode in her own right since she's an adult. Celebrity Toob estimates her net worth to be around $400,000. If that seems like a low figure, it could be in part because many of the network's advertisers allegedly pulled out of working with shows involving the Duggar family after the scandal. So, Counting On may not be earning Jessa and Ben that much money.

Of course, that may not be why they want to be involved with the show anyway. For many of the Duggar kids, they spent the better part of their childhood and teenage years on the show. Jessa and Jill may just want to keep up the family tradition of giving people a glimpse into their life. They may have had an unusual upbringing compared to a lot of us, but there are certainly some aspects that are wholly relatable: in an episode of Counting On where Jessa totally regrets her decision to get bangs because she just can't get them to behave, it's not hard to empathize. We've totally all been there.