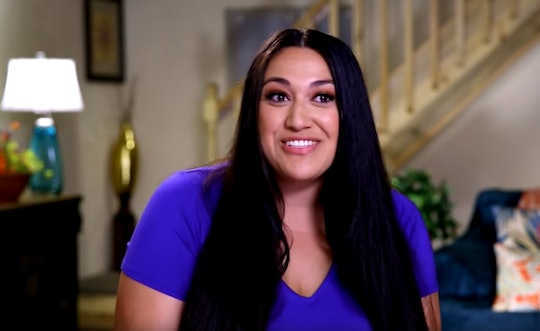 Kalani From '90 Day Fiance' Has Her Hands Full

Like the all the other new couples on TLC’s 90 Day Fiance, California-based Kalani and Asuelu are hoping to get married before their 90-day fiance visa expires. Kalani is busy working on her new relationship with Asuelu, filming the reality series, and taking care of her new baby. Baby gear and filing visa documents can get pretty expensive, so fans are wondering, what is Kalani’s job from 90 Day Fiance?

Outside of 90 Day Fiance, Kalani has kept her life pretty private, so her professional status is still unknown. The 30-year old lives in Orange County, California with her family and her newborn, so it would be safe to assume that she works somewhere nearby.

On the show, Kalani mentioned that Asuelu worked as a tour guide in Samoa, and that the two met at a resort while she was on vacation there. She revealed that before meeting him, she was a virgin because of her strict Mormon faith, but after going back to Samoa to visit him for the second time, she completely fell in love. “After my second visit to Samoa to see Asuelu, I felt like I found someone I loved, and I wanted to experience it with him.” 10 months after that visit, Kalani gave birth to their baby boy, Oliver, who she raised alone for five months before Asuelu arrived to America.

According to a report by Newsweek, before she made her Instagram page private, Kalani posted a message defending her sister, Kolini, noting that she had stepped in to take care of the baby while Kalani went back to work, which means she had a job at some point. Fans were critical of Kolini, because it appeared on the show that she wasn't willing to give Asuelu a fair chance to step up as a father. “My sister WAS Oliver’s dad for his first five months,” Kalani wrote on the Instagram post. “She watched him when I had to go back to work for Asuelu’s papers, she bought all of the sh*t I didn’t get from my baby shower, and let me skip rent/bills when I had to buy his plane tickets for his interviews and doctor’s appointments."

In the same post, she noted that while Asuelu was making money in Samoa, he wasn’t helping her financially, which is why her sister had so much disdain for him. “Asuelu wasn’t paid in coconuts, dumba**es — he made $600 American a month, with no bills,” she explained. “As a sister, if you know you’re throwing downtime and money to help your nephew, and know that the father isn’t helping in ways that he could—YOU’D BE SALTY TOO!”

Kalani has been getting heat for some comments she made on the show, which might be why she made all her social media accounts private. During a confessional on 90 Day Fiance, she made a comment about dating outside her race, and explaining how her father preferred her to date white men because of his own struggles. "My dad did have a very hard life, and I know he didn't want us to struggle the way that he did," she said on the show. “So he wanted us with white guys.”

But when Kalani started getting backlash about the comment, she took to her Instagram page and blamed it on the show’s production and editing. “I don’t care if I get ‘in trouble’ for saying that, that was bullsh*t to be put together in such a way, considering the current racial disparities in the world,” she wrote according to In Touch Weekly. “I don’t care if they edit my sh*t to make me look a certain way — I signed up for the show, but I won’t be quiet if they do that to make my dad look bad.”

However, despite all the bumps in their relationship and the drama with their reality show, it seems that Kalani and Asuelu are working hard to make things work. Whether they get married or not has yet to be seen, so fans will have to watch through this season to find out.